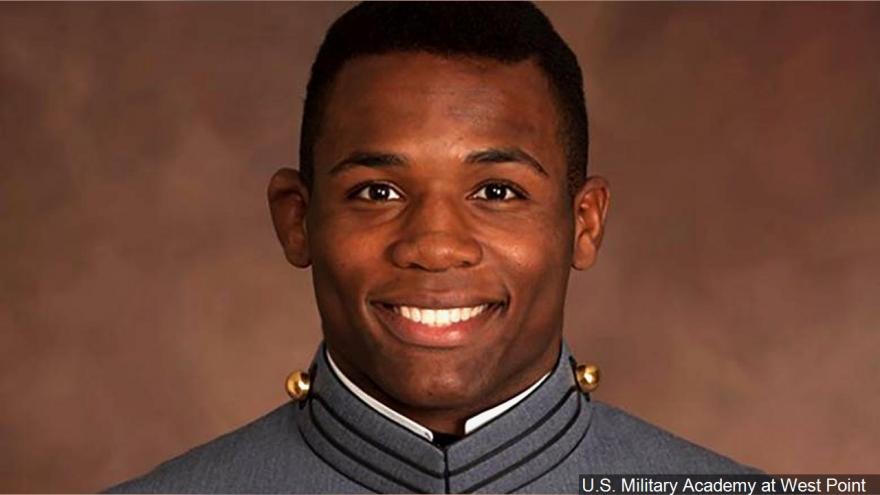 (CNN) -- The US Military Academy at West Point has identified the cadet who was killed in Thursday's vehicle accident as 22-year-old Christopher J. Morgan of West Orange, New Jersey.

Morgan "died due to injuries sustained from a military vehicle accident at a training area," the academy announced Friday.

"Cadet Morgan was a valued member of the Corps of Cadets and will be missed by all," Lt. Gen. Darryl A. Williams, the superintendent of the US Military Academy at West Point, said in a statement. "Our thoughts and prayers are with the Morgan family."

Morgan was a Law and Legal Studies major and a recruited athlete who was a "standout member of the Army Wrestling Team," according to the statement.

"We are devastated by the news of Chris' passing. He was a talented, hardworking, and determined athlete who loved his sport," said Army West Point Wrestling Coach Kevin Ward. "Chris had an infectious personality with a smile big enough to fill any room, and a heart big enough to love everyone around him. He made everyone around him better and he will be greatly missed."

Nineteen other cadets and two soldiers were injured in Thursday's rollover accident, the academy said.

West Point spokesperson Lt. Col. Christopher Ophardt said Thursday the cadets were in a light medium tactical vehicle and were on their way to a land navigation course where they were going to do a map reading exercise.

The cadets were from the class of 2020, the spokesperson said.

President Donald Trump, who was in Europe for the 75th anniversary of D-Day, tweeted his condolences on Thursday.

"So sorry to hear about the terrible accident involving our GREAT West Point Cadets. We mourn the loss of life and pray for the injured. God Bless them ALL!" Trump tweeted.

Secretary of State Mike Pompeo, a West Point graduate, also sent along his condolences via Twitter.

"Heartbroken for the cadet who was killed in service to our nation at my alma mater, West Point," Pompeo tweeted. "May the cadet's family find peace in knowing our nation will always honor that commitment. Praying for them, the injured cadets and all of their families. May the Lord be with you all."