What 'Lady Doritos' reveals about the 2018 midterms 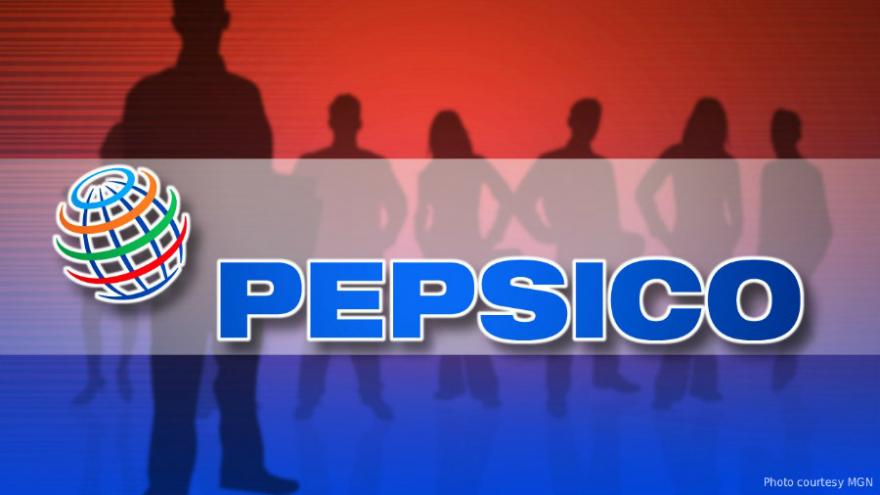 (CNN) -- Lady Doritos. Really? PepsiCo floated a supposed trial balloon recently, as its CEO posited on the Freakonomics radio show that women "don't like to crunch too loudly in public."

Suffice it to say that trial balloon floated for only a moment before it was punctured by women who are tired of being constrained by ridiculous old stereotypes that not only assume women should be quiet, but also play a role in the rampant sexual harassment and pay discrimination women experience each day in our nation.

Scores of women took to social media, making an immediate mockery of the idea, and soon after, a PepsiCo spokeswoman denied the company was ever even, really entertaining the idea in the first place.

You've seen it, I see it, we all know it: The Lady Doritos backlash shows yet again how much faster women are moving toward progress than our culture is right now. Women are rising -- and headed for the 2018 midterm elections, a key opportunity for women to use their power to push our culture — and our politics — in the right direction.

The first anniversary of the Women's March on the weekend of January 20 included more marches than the original event and a commitment to bring #PowerToThePolls by registering more than 1 million new voters in the lead up to the midterms.An alternative to President Donald Trump's State of the Union address last month, the State of Our Union -- organized by the National Domestic Worker's Alliance, Planned Parenthood, Color of Change, Girls for Gender Equity, the #MeToo Movement, Alianza Nacional de Campesinas, MomsRising, and dozens of other organizations -- trended nationally on Twitter within 11 minutes.

Nope. 2018 is most definitely NOT a year that women are worried about being too loud in public. (And thank goodness for that.)

More than 500 women are running for major offices in the midterm, most for the first time. That's a record. Early signs, such as a recent special election in Minnesota, show that we're on the verge of breaking many more records in the days, weeks, and months to come.

Women are pumping up the volume and expanding a movement across organizations, communities, issues, and geographies. Ai-jen Poo of the National Domestic Workers Alliance told me: "I see a wave of inspiring candidates who are serious about solving real problems, especially the imbalance of power that devalues women's lives and contributions." She continued, "In the midterms, women will demonstrate with our organizing and with our votes that we are serious about change."

This new movement rightly necessitates we all stand up against not only sexism, but also against racism, xenophobia, and all discrimination, knowing that some people experience more overlapping impacts of discrimination than others -- and that none of us will be treated fairly until all of us are treated fairly.

With the winds of #MeToo at our backs and the midterms on the horizon, more and more women are waking up and recognizing that they're not alone in experiencing unfair pay, sexual harassment and assault, or other kinds of discrimination including against immigrant women and families.One easy way to see the overlapping impact of discrimination is to look at wages. Though according to the National Women's Law Center's assessment of Current Population Survey data, women overall earn an average of just 80 cents to a white man's dollar, Latina women earn just 54 cents to a white man's dollar, Native American women just 57 cents, Black women just 63 cents, and white women 75 cents.Asian-American and Pacific Islander women also experience wage discrimination, with some groups more intensely impacted. Women with disabilities and transgender women experience extreme wage discrimination, too.What many people don't realize, though, is that there's also a significant wage gap with moms -- overall just making 71 cents to a man's dollar, according to the National Women's Law Center's analysis of Census Bureau data. (Moms of color experience compounded wage discrimination here as well.)

We can't take anything for granted. "Women...know what's at stake and we areleaving nothing to chance," says Mónica Ramírez, president and co-founder of Alianza Nacional de Campesinas (The National Farmworker Women's Alliance).

Trump was voted into office with a turnout that was at a 20-year low. Who led the base of resistance to Trump and his policies also can't be forgotten as the midterms draw near. While 53% of white women voted for Trump, many more black and Latina women did not -- and were leading the resistance against Trump long before any marching women took to the streets (94% of black women voted against Trump, as did nearly 70% of Latina women).Arisha Hatch, director of Color of Change PAC, told me, "From Virginia to Alabama, black women voters remain the moral political authority of our country and the backbone of the progressive resistance movement." She is adamant that "we deserve candidates and elected officials that, not only share our values, but who are nervous about enabling divisive rhetoric and dangerous policies that hurt our families."

After all, when you look deeply into policy implications of any issue that impacts women, it's clear that gender justice, racial justice, and economic justice are intertwined. One never happens without the others. As women are raising their voices to protect America's families, economy, and national security, every midterm candidate must understand that "women's issues" are about everyone -- our neighbors, friends, communities and local economies.

This means, for example, not just looking at issues like fair pay, sexual harassment and health care, but also prioritizing ensuring that no woman has to worry that her child will be harmed by police, when young black men are, according to ProPublica, 21 times more likely to be killed by police than young white men.Candidates must realize that welcoming our newest Americans -- the majority of whom are women and children -- and protecting all immigrant families and Dreamers is essential to keeping our country's core values alive and crucial to our prosperity and success as a nation. They must also recognize that passing paid familyand medical leave and breaking the cradle-to-prison pipeline are both national emergencies.

Our culture and public institutions have long conspired to keep women divided, but we know that instead of buying Lady Doritos (ostensibly to make us less conspicuous in public), women are more interested in being visible, fighting back, staying united, and speaking out to hold those in power accountable about the priorities that matter -- and that impact our economy and daily lives.

Every midterm candidate needs to know that women of all backgrounds in every state are resisting, persisting and insisting the sexism, racism and white supremacy that's in our past won't be allowed in our future. We're taking our destiny into our own hands -- and we're incredibly powerful and, dare I say, gloriously loud, together.