What to know about the two potential coronavirus drugs 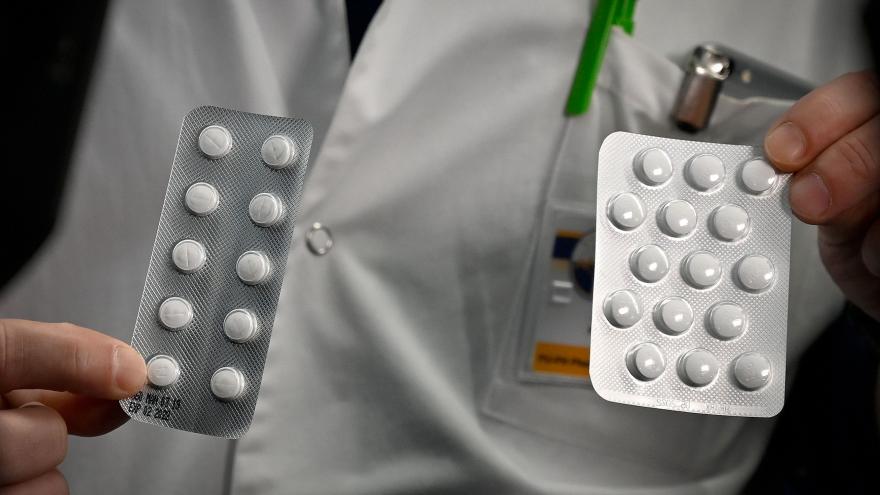 (CNN) -- As the world's heath experts race to find treatments -- and eventually, a cure -- for the novel coronavirus, two drugs have jumped to the front of the conversation: chloroquine and hydroxychloroquine.

President Donald Trump has called the drugs, which are used to treat malaria and other conditions, game changers, and a rush to procure the pharmaceuticals spurred several US states to take measures to prevent shortages amid the Covid-19 pandemic.

New York moved to begin trials Tuesday, procuring 70,000 doses of hydroxychloroquine and 750,000 doses of chloroquine, Gov. Andrew Cuomo said. In addition Bayer, the drug maker, has donated 3 million doses of Resochin, its brand name for chloroquine, to the federal government.

Perhaps demonstrating why health officials are urging caution -- saying chloroquine requires further clinical study and might not be the panacea it's billed to be -- officials in Nigeria's Lagos state have reported three overdoses in the days since the drug entered the conversation surrounding the pandemic.

So, what exactly are these drugs, and what promise do they hold?

Vital to battle against malaria

Chloroquine is used to treat malaria, as well as in chemoprophylaxis, which is the administering of drugs to prevent the development of disease, according to the US Centers for Disease Control and Prevention. Since 2006, it has not been recommended for use in severe malaria because of problems with resistance, particularly in the Oceania region, according to the World Health Organization.

WHO includes it on its list of "essential medicines," meaning it should be kept affordable and accessible at all times.

According to the Swiss-registered organization, Medicines for Malaria Venture, chloroquine is a derivative of quinine, which French chemists in 1820 isolated from the bark of the cinchona tree found in South America, employing it as a treatment for fevers.

German scientists created the synthetic chloroquine in 1934 as part of a class of anti-malarials, MMV said, and chloroquine and DDT became "the two principal weapons in WHO's global eradication malaria campaign" following World War II, the organization said.

Hydroxychloroquine is what's known as an analog of chloroquine, meaning the two have similar structures but different chemical and biological properties. The former is considered the less toxic derivative, according to studies.

It's given to patients with rheumatoid arthritis, lupus and the blood disorder porphyria cutanea tarda, the CDC said.

'It's not going to kill anybody'

The reason Trump lauds the drugs is because they've been shown, in labs, to be effective against severe acute respiratory syndrome coronaviruses -- including the SARS strain that causes Covid-19 -- as well as other coronaviruses, the CDC said.

Hydroxychloroquine is being studied to determine if it can prevent the onset of Covid-19 before or after a patient is infected with the SARS coronavirus strain that causes it, and if it can be used to treat Covid-19 sufferers, the CDC said.

Because the drug has been in use for years, Trump said, it potentially poses fewer risks than a newly developed drug.

"The nice part is," he said last week, "it's been around for a long time, so we know that if things don't go as planned, it's not going to kill anybody."

The CDC cited a study, documented in the journal Bioscience Trends this month, that chloroquine phosphate has demonstrated "apparent efficacy and acceptable safety against COVID-19-associated pneumonia" in trials in China.

It is thus considered a recommended antiviral for Covid-19 treatment in China, and several countries are recommending both drugs for hospitalized Covid-19 patients, the CDC said.

Chloroquine also appears to have "broad-spectrum antiviral properties" and effects on immune response, Bayer said in its statement announcing the drug donations.

"New data from initial preclinical and evolving clinical research conducted in China, while limited, shows potential for the use of Resochin in treating patients with COVID-19 infection," the statement said.

Regarding the combination of hydroxychloroquine and the antibiotic azithromycin -- which Trump tweeted could be "one of the biggest game changers in the history of medicine" -- a single "small study" shows the combination helped against the SARS strain that causes Covid-19, the CDC said, but "did not assess clinical benefits."

The CDC said the combination can disrupt the heart's electrical activity and warns against prescribing the paired drugs to anyone with chronic medical conditions, such as renal failure or hepatic disease.

Chloroquine's side effects include seizures, nausea, vomiting, deafness, vision changes and low blood pressure. Both chloroquine and hydroxychloroquine, however, are reportedly well-tolerated in Covid-19 patients, according to the CDC.

All that said, Dr. Anthony Fauci, the director of National Institute of Allergy and Infectious Diseases who has appeared alongside Trump at several news conferences, has said evidence of the drugs' effectiveness is only anecdotal.

With respect to the SARS strain, the drugs' effectiveness was never vetted in a clinical trial, he said.

The drugs may be effective against the novel coronavirus, Fauci said, but more data is needed to "show it is truly safe and effective under the conditions of Covid-19."

For these reasons, the US Food and Drug Administration has not approved the drugs for coronavirus treatment, despite Trump claiming Thursday the agency had done so.

'It showed promise in the test tubes'

In a Thursday statement, the FDA said it had been working with government agencies and universities to learn whether chloroquine can reduce symptoms and stem the spread of Covid-19 in those with mild to moderate cases of the virus.

"We also must ensure these products are effective; otherwise we risk treating patients with a product that might not work when they could have pursued other, more appropriate treatments," FDA Commissioner Stephen Hahn said in the statement.

During a meeting of the coronavirus task force, Hahn called for "a large, pragmatic clinical trial to actually gather that information and answer the question that needs to be answered -- asked and answered."

The FDA is also talking with drug manufacturers about ramping up production of the drugs to handle a spike in demand and to ensure that people with life-threatening conditions such as lupus can still obtain it.

Dr. Deborah Birx, Vice President Mike Pence's coronavirus response coordinator and another regular at Trump's news conferences, said in a Fox News interview last week that people should not confuse the drugs showing "promise" in other countries with actual efficacy.

"That doesn't mean that it will show promise in Americans," she told the news outlet. "It showed promise in the test tubes. We are very interested in making sure we have eliminated red tape to make the drug available through their physicians, and study it at the same time. At the same time, we are doing clinical trials on other products we think also will show promise."

One drug, lopinavir-ritonavir, did not show promise for treating Covid-19-related pneumonia in China, the CDC said. Another medication mentioned by Trump, remdesivir, has "broad antiviral activity," the CDC said, but requires further study.