What we know about Robert Aaron Long, the suspect in Atlanta spa shootings 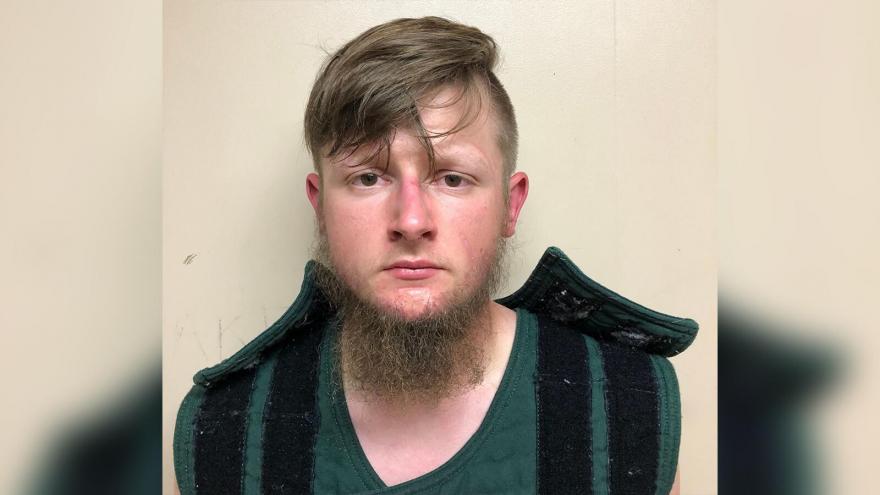 Robert Aaron Long is the suspect in a string of deadly shootings at three Atlanta-area Asian spas.

(CNN) -- State and federal investigators are scrambling to learn more about Robert Aaron Long, the suspect in a string of deadly shootings at three Atlanta-area Asian spas, and his alleged motive.

Not much information has surfaced about the 21-year-old from Woodstock, about a half-hour drive north of Atlanta.

Tuesday's shootings took place at two spas in Atlanta and another in Acworth, about 10 miles west of Woodstock -- which left eight people, at least four of them Asian women, dead.

The four killed in the shooting near Woodstock were Delaina Ashley Yaun, 33, of Acworth; Paul Andre Michels, 54, of Atlanta; Xiaojie Tan, 49, of Kennesaw; and Daoyou Feng, 44.

Authorities located Long about 150 miles south of Atlanta in Crisp County. State troopers took him into custody after using a special pursuit maneuver to spin his car out of control.

The suspect "did take responsibility for the shootings," Capt. Jay Baker of the Cherokee County Sheriff's Office said.

Suspect had been treated for sexual addiction

Sheriff Frank Reynolds of Cherokee County, where the Acworth shootings took place, told reporters Long "made indicators that he has some issues -- potentially sexual addiction -- and may have frequented some of these places in the past."

Reynolds said those issues could be the motivation behind the shooting.

A law enforcement source said the suspect was recently kicked out of the house by his family due to his sexual addiction, which, the source said, included frequently spending hours on end watching pornography online.

According to an incident report from the Cherokee County Sheriff's Office, a 911 caller said the suspect could possibly be his son and "does have a tracker on his phone." Another anonymous caller to 911 told dispatch the suspect was "kicked out of his parents' house last night," adding that he "was emotional," the incident report says.

It is not clear whether the businesses affected were places of sex work. During a news conference on Tuesday, Atlanta Mayor Keisha Lance Bottoms stated the businesses were "legally operating" and had not previously been on the Atlanta Police Department's radar.

"We are not about to get into victim blaming, victim shaming, here. As far as we know in Atlanta, we have not had any 911 calls from that location. I believe one minor call on someone stealing some keys," Bottoms said. "So we don't know additional information about what his motives were, but we certainly will not begin to blame victims."

Tyler Bayless said he shared a housing unit with Long at Maverick Recovery, a rehab facility in Roswell, Georgia, between August 2019 and January or February 2020. He said that most residents were suffering from drug or alcohol addiction, but Long was being treated for sex addiction.

"It was something that absolutely would torture him," Bayless said. He said Long was a "deeply religious person -- he would often go on tangents about his interpretation of the Bible," and was distraught about his addiction to sex.

After hearing Long was the suspect in the shootings, Bayless said he was shocked that his former roommate would do such a thing.

Mason Clements, who is listed as the registered agent at Maverick Recovery in business filings, said in a text message that "I am unable to comment on any client past, present or future due to confidentiality agreements."

Another former roommate of Long's also told CNN that Long had been in rehabilitation for sex addiction, and that in summer 2020 he had lived with Long at a transition house for people leaving rehab, though he declined to name the facility or divulge the state where it's located. He said he had not spoken to Long "in a long time."

The account had been inactive for some time, the spokesperson said.

A screenshot of the account, obtained by CNN, showed it used the name "Aaron Long" and the bio section caption read, "Pizza, guns, drums, music, family, and God. This pretty much sums up my life. It's a pretty good life."

Long told police the shootings were "not racially motivated," according to Baker, of the Cherokee County Sheriff's Office. Baker also referenced Long's "sex addiction," saying that Long sees the spas as a "temptation" that he "wanted to eliminate."

According to two law enforcement sources involved in the investigation, Long attempted to justify his actions when he told police he thought about killing himself, but decided instead to "help" others with sexual addictions by targeting spas.

Investigators believe that when he was captured, Long might have been en route to Florida to perpetrate more shootings, Lance Bottoms told reporters.

Long had a 9 mm firearm in his car when he was arrested, Baker said.

Long purchased his gun legally at a local gun store, Big Woods Goods in Holly Springs, Georgia, an attorney for the company confirmed to CNN.

In a brief statement to CNN, Matt Kilgo said the company is fully cooperating with law enforcement and there is no indication that there was anything improper with the transfer on Tuesday.

It was Long's family who turned him in Tuesday, Reynolds said, indicating the parents called police after seeing surveillance footage that authorities posted to social media.

"We were contacted by members of the family indicating that may be their son, so we met with them," Reynolds said. "They were very distraught, and they were very helpful in this apprehension."

Once investigators identified Long, the sheriff said, they tracked his phone and anticipated his movements, leading to his arrest in Crisp County.

CNN went to the home of Long's grandparents in Morristown, Tennessee, on Wednesday.

"All I want to say is that he is our grandson and we still love him very much," said Long's grandmother, Margaret Long, who was visibly upset. Long's grandfather interrupted the conversation, saying they'd been told not to speak to anyone and gave no further comment.

In his mugshot, Long is wearing a suicide prevention suit as a precautionary measure, which is customary, Crisp County Sheriff's Office spokeswoman Haley Little said.

Correction: An earlier version of this story misspelled Xiaojie Tan's last name based on information provided by the Cherokee County Sheriff's Office.