What we know about UFOs: How the Pentagon has handled reported sightings, mysterious videos and more 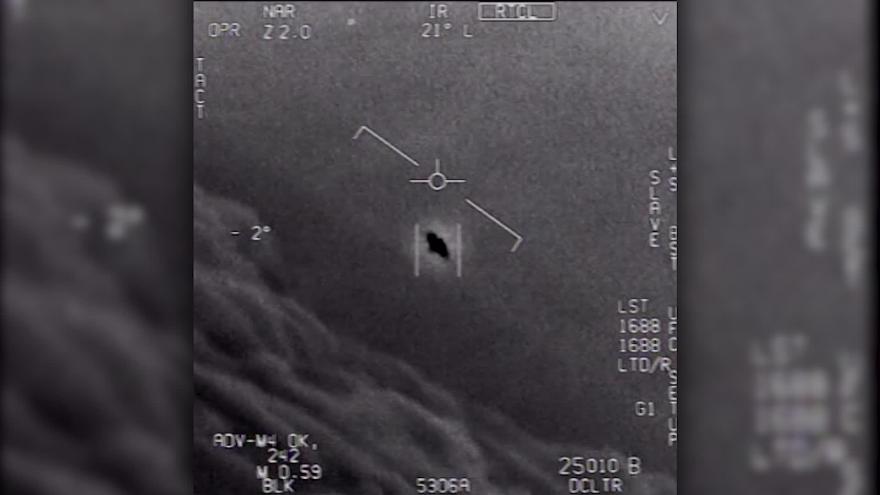 For years, the US government largely ignored reports of mysterious flying objects seen moving through restricted military airspace but it is now slowly beginning to acknowledge that UFOs, which the Pentagon refers to as unidentified aerial phenomena, are real.

(CNN) -- For years, the US government largely ignored reports of mysterious flying objects seen moving through restricted military airspace but it is now slowly beginning to acknowledge that UFOs, which the Pentagon refers to as unidentified aerial phenomena, are real.

While it is certainly premature to speculate as to whether these flying objects come from another world, the US military has recently confirmed the authenticity of several videos and images showing encounters with unidentified flying objects -- fueling questions about what the Pentagon knows about such incidents and others like them.

Next month, the Office of the Director of National Intelligence and other agencies are scheduled to deliver unclassified reports on UFOs to Congress.

The Department of Defense's watchdog is also set to examine how the Pentagon has handled reports of UFOs. A source with knowledge of the subject matter told CNN earlier this month that there will be more inquiries announced in the near future on how these encounters were handled in recent years.

Here's what to know about UFOs:

What is a UFO?

In short, a UFO is a flying object that looks or moves unlike any aircraft used by the US or any foreign country.

By their very nature, UFOs are shrouded in mystery and there are still a lot more questions than answers about these unexplained incidents.

There have been numerous UFO sightings in recent years but the military has only recently verified a handful of those reported encounters.

Last month, the Pentagon confirmed the authenticity of photos and video taken by Navy personnel in 2019 that appeared to show triangle-shaped objects blinking and moving through the clouds.

Another set of photos from Navy personnel showed three objects apparently flying in the sky, shaped like a sphere, an acorn and a metallic blimp.

In April 2020, the Pentagon released three short videos from infrared cameras that appeared to show flying objects moving quickly. Two of the videos contain service members reacting in awe at how quickly the objects are moving. One voice speculates that it could be a drone.

The Navy previously acknowledged the veracity of the videos in September of 2019 but officially released them months later, "in order to clear up any misconceptions by the public on whether or not the footage that has been circulating was real, or whether or not there is more to the videos," Pentagon spokesperson Sue Gough said at the time.

"After a thorough review, the department has determined that the authorized release of these unclassified videos does not reveal any sensitive capabilities or systems," said Gough in a statement, "and does not impinge on any subsequent investigations of military air space incursions by unidentified aerial phenomena."

In 2017, one of the pilots who saw one of the unidentified objects in 2004 told CNN that it moved in ways he couldn't explain.

"As I got close to it ... it rapidly accelerated to the south, and disappeared in less than two seconds," said retired US Navy pilot David Fravor. "This was extremely abrupt, like a ping-pong ball, bouncing off a wall. It would hit and go the other way."

Are we talking about aliens?

The US government's acknowledgment that UFOs are real undoubtedly begs the question: Are we alone?

Luis Elizondo, the former head of a classified DoD program to research potential UFOs, told CNN in 2017 that he personally believes "there is very compelling evidence that we may not be alone."

"These aircraft -- we'll call them aircraft -- are displaying characteristics that are not currently within the US inventory nor in any foreign inventory that we are aware of," Elizondo said of objects they researched. He says he resigned from the Defense Department in 2017 in protest over the secrecy surrounding the program and the internal opposition to funding it.

But in reality, interest in the Pentagon's handling of reported unidentified flying objects has more to do with ensuring any potential national security implications are being taken seriously -- whether they are of this world or not.

"It doesn't matter if it's weather balloons, little green men, or something else entirely — we can't ask our pilots to put their lives at risk unnecessarily," Rachel Cohen, spokeswoman for Democratic Virginia Sen. Mark Warner, told CNN in 2019 after senators received a classified briefing from Navy officials on unidentified aircraft.

What will upcoming UFO report say?

While subject matter experts have applauded recent moves by the US government to share more information about UFO encounters reported over the last several decades, many remain skeptical that the upcoming report from the Office of the Director of National Intelligence and other agencies will provide a comprehensive look at the issue.

That's because the Pentagon has long resisted acknowledging that some of what has been observed is simply unexplainable despite compelling evidence that these objects displayed characteristics that are not normally associated with conventional aircraft, according to Elizondo.

"Best case scenario ... there's an interim report that will meet the intent of Congress with a promise to provide another report following this one," Elizondo told reporters last month. "Unfortunately there's a lot more we don't know than we do know. The good news is that we're finally taking it seriously."

The Pentagon has previously studied recordings of aerial encounters with unknown objects as part of a since-shuttered classified program that was launched at the behest of former Democratic Sen. Harry Reid of Nevada.

The program was launched in 2007 and ended in 2012, according to the Pentagon, because the Defense Department assessed that there were higher priorities that needed funding.

Reid, Elizondo and others who have pushed for the government to release more information about UFOs say materials that have been released so far only scratch the surface of what is known.

Last year, the Pentagon created a task force to better understand "the nature and origins of UAPs," the Defense Department said in a statement.

"The Department of Defense and the military departments take any incursions by unauthorized aircraft into our training ranges or designated airspace very seriously and examine each report. This includes examinations of incursions that are initially reported as UAP when the observer cannot immediately identify what he or she is observing," the statement continued.

The task force has included the videos whose authenticity was confirmed last month.