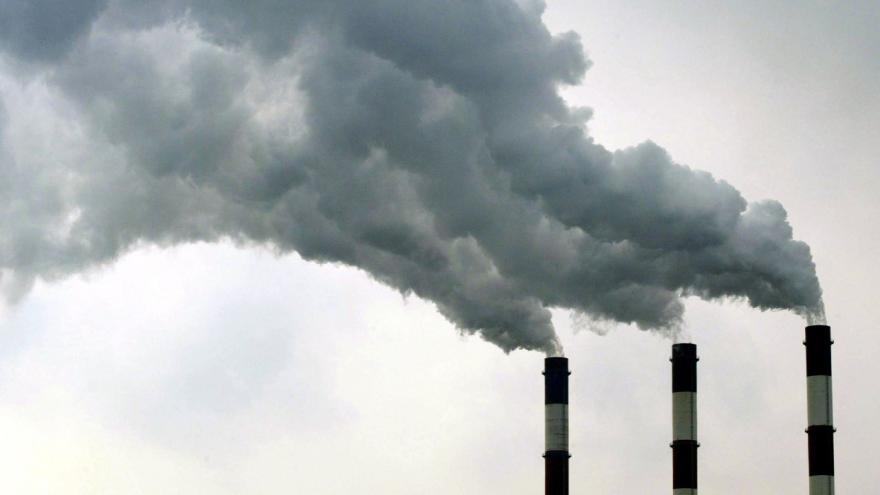 (CNN) -- The United States on Friday officially rejoined the Paris Agreement, a landmark global climate accord, fulfilling a campaign promise President Joe Biden initiated on his first day in office.

What is the Paris Agreement?

An international agreement among nearly 200 nations to combat climate change.

Participants are committed to keep global warming below two degrees Celsius above pre-industrial levels and, if possible, below 1.5 degrees. Each country is responsible for developing their own plans for achieving those goals.

The US signed — then withdrew — from it

Under the Obama administration, the US was one of the lead negotiators of the agreement. Nearly 200 countries adopted it on December 12, 2015, prompting them to individually ratify or approve the agreement in their respective countries.

The agreement had to be signed and ratified by at least 55 countries representing at least 55% of global greenhouse gas emissions.

The US officially ratified the agreement in September 2016, submitting its plan to reduce carbon emissions to the United Nations.

Former President Donald Trump announced in June 2017 that the US would withdraw from it. The US sent notice of its plans to leave the agreement in November 2019, starting the year-long withdrawal process under the rules of the agreement. The US made its official exit in November 2020.

Hours after being sworn-in as President, Biden signed an order directing the US to rejoin the Paris Agreement, making it effective in 30 days.

What are the US' commitments?

The Obama administration pledged to slash carbon emissions by 26%-28% below 2005 levels by 2025, but the Trump administration blocked the US progress in trying to meet these goals.

2020 was supposed to be the next mile marker for the Paris agreement nations to make progress on reaching their greenhouse gas emission pledges, but the Covid-19 pandemic postponed the UN climate summit originally scheduled for November 2020. The next major UN climate meeting is now slated for November 2021 in Glasgow, Scotland, where countries — including the US — are expected to announce new, more ambitious plans to slash their emissions over the next decade.

Biden plans to host a climate summit of world leaders on Earth Day, April 22, where he will outline the US' goal for reductions of carbon emissions by 2030 -- known as the nationally determined contribution under the Paris accord.

During his campaign, Biden set a goal of ensuring that the US achieves net-zero emissions by 2050.

CORRECTION: An earlier version of this story misstated the number of countries that have adopted the Paris Agreement. It is nearly 200.