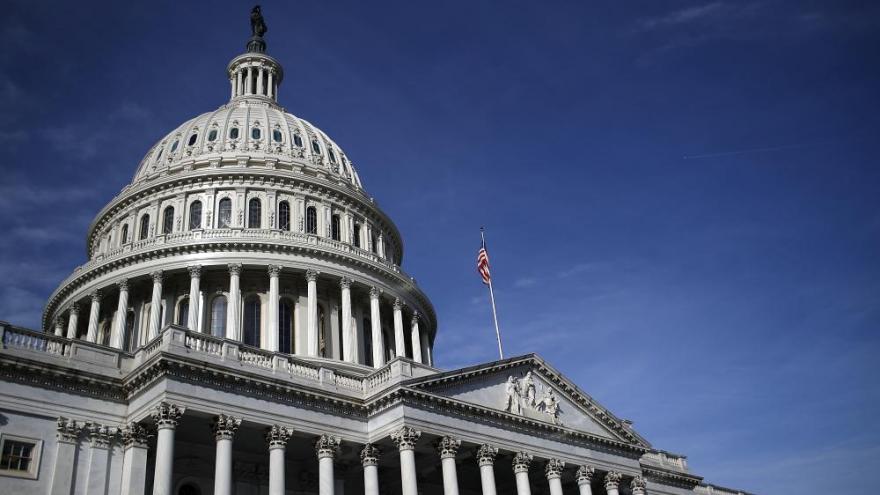 (CNN) -- Congressional lawmakers put the finishing touches on a $2 trillion stimulus bill to respond to the coronavirus pandemic, with cash and assistance for regular Americans, Main Street businesses and hard-hit airlines and manufacturers, among others.

The Senate passed the bill, 96-0, and the House is set to follow suit Friday.

CNN reporters read through the entire legislation. Here's a list of highlights:

Under the plan as it was being negotiated, single Americans would receive $1,200, married couples would get $2,400 and parents would see $500 for each child under age 17.

However, the payments would start to phase out for individuals with adjusted gross incomes of more than $75,000, and those making more than $99,000 would not qualify at all. The thresholds are doubled for couples.

The Department of Education would suspend payments on student loan borrowers without penalty through September 30, according to the bill.

CNN reported last week that the Department of Education was planning to allow student loan borrowers to suspend payments without penalty and accruing interest for at least 60 days.

The deadline to obtain a REAL ID, federally mandated identification that will be needed for passengers to board aircraft, will be extended until at least September 2021 -- a year past the current deadline, according to a draft version of the Senate stimulus bill obtained by CNN.

Before the coronavirus pandemic swept across the US, states were preparing to issue residents "REAL ID-compliant" driver's licenses or identification by the October 1 deadline.

In an unprecedented expansion of unemployment insurance, the federal government would give jobless workers an extra $600 a week for four months on top of their state benefits, which range from $200 to $550 a week, on average, depending on the state.

In addition, lawmakers want to add up to 13 weeks of extended benefits, which would be fully covered by the federal government. Currently, state unemployment checks last up to between 12 weeks and 28 weeks, depending on the state.

Plus, the deal calls for a new pandemic unemployment assistance program, which would provide jobless benefits to those who are unemployed, partially unemployed or unable to work because of the virus and don't qualify for traditional benefits. This includes independent contractors and the self-employed, who typically don't qualify for such assistance, and to gig economy workers, who aren't eligible in many states. These benefits would mirror what's available in an individual's state.

The Treasury Department can provide $500 billion in loans, loan guarantees and investments.

That specifically includes $25 billion for passenger air carriers, $4 billion for cargo air carriers and $17 billion for businesses that work in national security. The rest of the funds, $454 billion, are given wide latitude to provide loans to businesses, states and municipalities.

The measure includes restrictions on businesses who receive the loans. Those businesses may not issue dividends for up to a year after the loan is no longer outstanding, and must retain 90% of employment levels as of March 24, "to the extent practicable," through September 30. The loans also cannot last longer than five years.

There's a specific provision in the program for direct loans to mid-sized businesses, defined as between 500 and 10,000 employees, as well as non-profit organizations, where no payments will be due for the first six months after the loan is issued.

A congressional oversight commission will monitor how the money is spent.

The legislation prohibits federally elected officials and their immediate relatives from obtaining funds from the $500 billion program.

Businesses that are owned or partly owned by "the President, the Vice President, the head of an Executive department, or a Member of Congress; and the spouse, child, son-in-law, or daughter-in-law" will be barred. The provision applies to anyone with 20% or greater stake in a business.

This was a key provision for Democrats concerned that Trump would provide funds to his personal businesses in the stimulus package.

No money for border wall

The Defense Department will get $1.2 billion for the National Guard's coronavirus response. Over 10,000 National Guard members to date have been activated.

An additional $1 billion is available for Defense Purchases Act purchases.

Notably, while the Pentagon will be allowed to transfer the money to other "applicable" accounts, it prohibits transferring the money to the counter-drug account, an account which has been used to fund Trump's border wall.

Airlines and airports get what they wanted

The package includes $32 billion in grants for wages and benefits to the decimated airline industry.

That includes $25 billion for passenger airlines, $4 billion for cargo airlines, and $3 billion for industry contractors, such as those who handle catering, baggage, ticketing, and aircraft cleaning.

In addition, another $25 billion for passenger airlines and $4 billion for cargo airlines will be available in the form of loans or loan guarantees.

Companies that receive the assistance are barred from making furloughs, pay cuts, or stock buybacks, and from issuing dividends to investors, through September. It also institutes limits on executive compensation.

Airlines may also be required to operate routes they would otherwise like to cancel because of low ridership or profitability. Under the bill, the Transportation Department can require air carriers continue service on routes, particularly for the "needs of small and remote communities and the need to maintain well-functioning health care and pharmaceutical supply chains, including for medical devices and supplies."

The stimulus package would provide about $117 billion for hospitals, according to an estimate from the American Hospital Association, which called it an important first step.

The bill creates a $100 billion public health and social emergency fund to reimburse providers for expenses and lost revenues related to the coronavirus pandemic. About $65 billion will go to hospitals, with the rest funneled to doctors, nurses, suppliers and others, the association said.

The legislation also boosts reimbursements by 20% for treating Medicare patients with coronavirus. And it eliminates $8 billion in scheduled payment reductions to hospitals caring for large numbers of uninsured and Medicaid patients, as well as temporarily removing a 2% cut for treating Medicare patients, which was part of the automatic budget cuts under sequestration.

Independent contractors and so-called gig workers will be eligible to receive federal aid. The language could provide additional certainty to millions of part-time workers who drive for Uber or deliver for Amazon, in what has become a major part of the digital economy.

The provisions are responsive to requests by tech execs including Uber CEO Dara Khosrowshahi, who this week wrote to Trump asking for economic support for Uber drivers.

"My goal in writing to you is not to ask for a bailout for Uber, but rather for support for independent contractors and, once we move past the immediate crisis, the opportunity to legally provide them with a real safety net going forward," Khosrowshahi wrote.

Gig economy businesses such as Uber have battled fiercely at the state level, especially in California, to avoid having to classify their drivers as employees who would be eligible for corporate benefits.

Protections against foreclosures and evictions

The bill includes housing protections against foreclosures on mortgages and evictions for renters.

The bill also does not allow fees, penalties or additional interest to be charged as a result of delayed payments. It includes similar protections for those with multifamily federal mortgage loans, allowing them to receive a 30-day forbearance and up to two 30-day extensions.

Those with federally backed mortgage loans who have tenants would also not be allowed to evict tenants solely for failure to pay rent for a 120-day period, and they may not charge fees or penalties to tenants for failing to pay rent.

$25 million for the Kennedy Center

The bill contains $25 million to support the John F. Kennedy Center for the Performing Arts in Washington, DC.

A Democratic aide familiar with the negotiations said the funding has bipartisan support.

"This is a federal agency that is funded by a mixture of appropriations and ticket revenues. They've had to cancel all their performances, so they have no revenue and have already laid off nearly 800 people. If they don't get a cash infusion, they will become insolvent and could be unable to reopen," the aide said.

The Kennedy Center closed on March 17 and does not plan to reopen until at least May 10.

The stimulus package also includes $75 million for the National Endowment for the Arts, a federal program that Trump has tried to cut from his budget proposals for the past four years and that in a Republican-led Congress already has seen its budget dwindle by several million dollars.

The bill provides $450 million for The Emergency Food Assistance Program, which supplies food banks, which are expected to see more clients as job losses mount. Some $350 million would buy additional food, and $100 million would be used for distribution.

While it appears that the bill provides billions in additional funding for the Supplemental Nutrition Assistance Program (food stamps) and Child Nutrition Program, it would not expand eligibility or benefits.

The bill includes $324 million for the State Department, as well as money specifically for "evacuation expenses," according to a draft obtained by CNN. The proposed legislation doesn't specify who would be evacuated, whether it's US diplomats or American citizens living overseas, or potentially both.

The bill includes $88 million for the Peace Corps, an independent US government agency that sends American volunteers abroad. The organization suspended all operations last week and evacuated its volunteers. Its director said operations will return to normal "when conditions permit."

In addition, the measure provides an additional $324 million for diplomatic programs, $258 million for international disaster assistance, $350 million for migration and refugee assistance and $95 million for USAID operating expenses.

It also authorizes the agencies to administer oaths of office remotely, but they must submit a report to the relevant committees "describing the process and procedures for administering such oaths, including appropriate verification."

CORRECTION: This story has been updated to correct the amount of Treasury Department aid to $500 billion.