What's in the Trump budget? 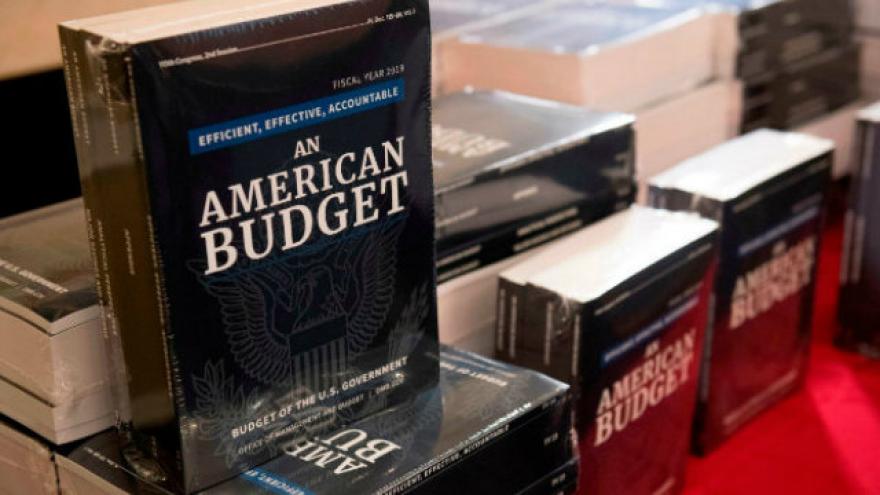 (CNN) -- The Trump administration outlined its policy priorities on Monday in a budget that calls for billions of dollars to fight the opioid epidemic, secure the country's borders and overhaul safety net programs.

Here are some of the key proposals:

The administration calls for directing $17 billion to fight and address the scourge of opioid addiction, which Trump labeled a national health emergency in October. This includes funding for traditional efforts, such as grants and Medicare funding for treatment programs.

The plans also call for a "national media campaign" to raise awareness of the issue, as well as training and monitoring for medical professionals who prescribe opioids. The administration seeks to take its message to schools by bolstering a grant program for elementary and middle schools, which would help fund efforts such as "trauma counseling, violence prevention and targeted academic support" for young victims.

The outline includes an $18 billion request to fund construction of a border wall, including $1.6 billion for "approximately 65 miles of border wall in south Texas."

The administration seeks to codify its position that recipients of federal assistance who can work should have jobs.

Its proposal includes a requirement that "able-bodied" recipients of federal rental assistance "shoulder more of their housing costs" through work, and suggests a similar requirement be implemented for the Supplemental Nutrition Assistance Program, known as food stamps.

Along with other changes, adding a work requirement to food stamps would help ensure "Americans in need of assistance have access to a nutritious diet while significantly reducing the cost to taxpayers."

The proposal also calls for states to create paid family leave programs similar to the unemployment insurance system. The administration said it supports "six weeks of paid family leave to new mothers and fathers, including adoptive parents, so all families can afford to take time to recover from childbirth and bond with a new child."

The proposal calls for a fairly substantial overhaul of the Education Department's student loan programs, including consolidating the increasingly common income-based repayment plans into a single program.

It also proposed changes to aid programs for low-income students, such as turning the Federal Work Study program into a job training initiative.

The plan calls for making colleges and universities, particularly those that "consistently fail to deliver a quality education," partly financially responsible if former students cannot earn enough money to pay back their student loans.

The proposal outlines how several government departments are focusing resources and time on fossil fuel programs, largely at the expense of renewable energy and climate change programs.

The Energy Department plans to invest in oil and clean coal research, and the Interior Department is proposing opening up additional federal lands to oil drilling. The Environmental Protection Agency outlined a proposal to close the Climate Change Research and Partnership Programs, cuts that would save taxpayers millions of dollars.

Republicans in Congress failed to repeal Obamacare last year, but the administration wants them to try again.

The proposal calls on lawmakers to act "as soon as possible" by reconsidering a proposal similar to the one drafted by GOP Sens. Lindsey Graham and Dean Heller.

The Defense Department is asking for a major boost in military spending for 2019, requesting Congress approve a budget of $686 billion -- one of the largest in its history.

Military officials say the increase of $80 billion from 2017 is primarily aimed at deterring threats from Russia and China.

The administration proposed turning much of NASA's work at the International Space Station over to private companies within the next decade. NASA's role would be to "support human space exploration and to pursue a campaign that would establish US preeminence to, around, and on the Moon."

Meals on Wheels again in the cross-hairs

The President's proposal calls for eliminating a Housing and Urban Development program that funds local charitable and community causes.

The Community Development Block Grant, or CDBG, provides funding to organizations like Meals on Wheels; the program received an outpouring of support last year when the administration also proposed eliminating CDBG. The administration reiterated its belief that CDBG "has not demonstrated sufficient impact" to continue.

"Studies have shown that the allocation formula, which has not been updated since 1978, is ineffective at targeting funds to the areas of greatest need, and many aspects of the program have become outdated," the administration said.