When does the decade begin and end anyway? 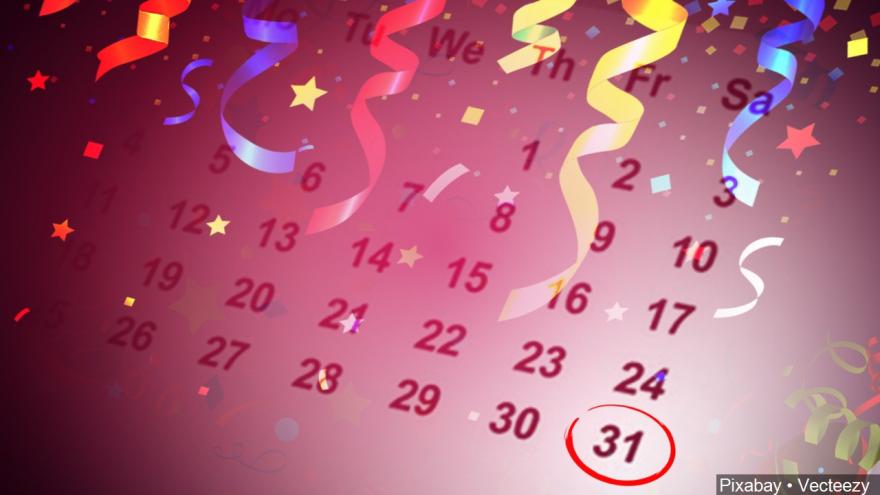 (CNN) -- As January 1, 2020, approaches, everyone is reflecting about the past decade and the new one that awaits. "Best of the decade" lists are everywhere. #10YearChallenges are all over social media. And people are eagerly gearing up to celebrate the end of the 2010s.

But there's a slight problem.

We might be celebrating a year too early, at least according to some people.

The question of when exactly the current decade ends and the new one begins seems to come up every time the year on the calendar moves from ending in 9 to ending in 0. It came up in 1989. And in 1999. Then again in 2009. And now.

Let's dive in, shall we?

It depends on who you ask

When exactly the decade begins and ends all depends on who you ask.

"As you think about New Year's resolutions, here's one we should all make together: resolve to insist that decades begin with the year ending in the numeral 1 and finish with a 0," an article on its website reads.

In 525, a monk known as Dionysius Exiguus set out to determine the date of Easter and created a system of labeling years based on the date he thought Jesus Christ was born (a date that's considered historically inaccurate today). But he didn't account for the years before the birth of Jesus.

That was done in 731 by a monk known as the Venerable Bede. Bede counted the years before Christ and established the BC era, but he didn't include a year zero in his calculations. Which means that the year before 1 AD was 1 BC.

Because there's no year 0 in the calendar, the first year was complete at the end of year 1, not at its beginning.

By that same logic, the first decade in the calendar was complete at the end of 10 CE, or 10 AD.

We talk about decades differently

After all, it makes sense.

Plus, it's more satisfying to celebrate big occasions like the start of a new decade in an even-numbered year, a phenomenon that psychologists call "round number bias." Waiting until 2021 to celebrate the new decade would feel anticlimactic.

That's why Konstantin Bikos, lead editor of TimeandDate.com, says that both definitions of when the new decade begins are correct. No need to cancel your end-of-the-decade party.

It comes down to how we talk about time spans.

Bikos agrees that centuries and millennia always start with years ending in 1. Those time spans are typically referred to as numbered entities counted up from the year 1 AD, as in the "21st century" or the "third millennium."

So when it comes to decades, Time and Date is flexible.

This definition of a decade is so ingrained in popular culture that the people at Encyclopaedia Brittanica never really considered the possibility that a decade could begin in any other year besides one ending in zero.

"I love the question because it has never really occurred to me or any of us at Brittanica to be concerned about it," J.E. Luebering, executive editorial director at Encylopaedia Brittanica, told CNN. "That may underscore that we're humanities-leaning perhaps than science-leaning. But the consensus here is that we're a bit mystified by the debate."

Does any of this matter?

The only thing that year numbers really signify is the number of times that the Earth has completed a full revolution around the sun.

"In terms of counting millennia or centuries or decades, it doesn't really matter," Bikos told CNN. "It's a man-made system. It matters in terms of categorizing time spans and talking about time spans. But the 203rd decade is, in astronomical terms, no different than the decade before or after."

Others point out that the system on which our calendar is based is riddled with inaccuracies and inconsistencies, making the whole discussion arbitrary.

"In the grand scheme of things, it seems like a lot of technicalities on something that hasn't been very consistent," Luebering said.

Time and Date adds that the debate about the new decade is only relevant right now in the Gregorian calendar. Though that's the calendar that most Western countries abide by, there are a bunch of other calendars that use entirely different year numbers, like the Jewish calendar, the Islamic calendar, and the Hindu calendar.

"So, while the Gregorian calendar is the system officially used around the world, this goes to show that our year count is nothing more than a random fabrication, which is ultimately based on the ideas and religious fervor of a 6th-century monk," Bikos wrote in an article about the start of the 21st century.

And that year count is based on a date that scholars now believe is wrong.

"What's more, Dionysius Exiguus based the beginning of year BCE 1 in the Julian calendar, the predecessor of today's calendar system, on a religious event—the birth of Jesus—which not only lacks astronomical relevance but is also based on religious lore and, as such, a rough estimation at best."

So there you have it, folks. Time is an illusion.