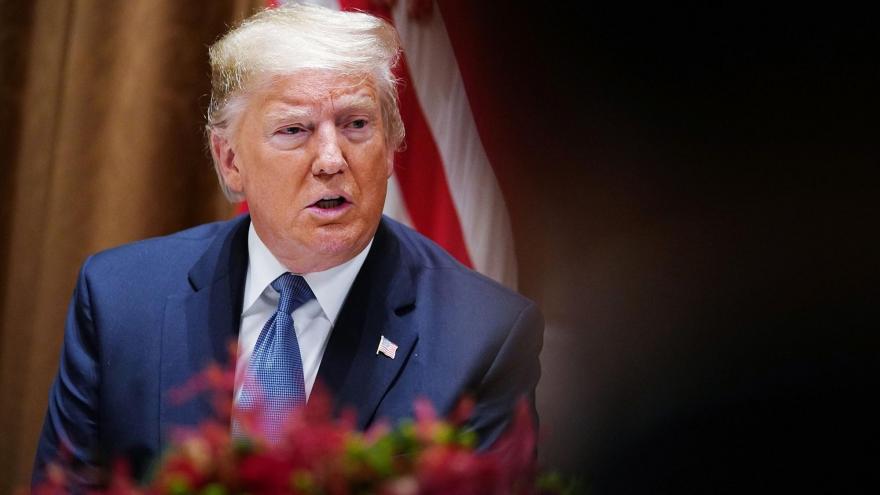 The White House budget office asserts in a new legal memo that it withheld aid to Ukraine this summer -- an issue at the heart of Democrats' impeachment inquiry -- to "engage in a policy process."

(CNN) -- The White House budget office asserts in a new legal memo that it withheld aid to Ukraine this summer -- an issue at the heart of Democrats' impeachment inquiry -- to "engage in a policy process."

"It was OMB's understanding that a brief period was needed, prior to the funds expiring, to engage in a policy process regarding those funds," Office of Management and Budget general counsel Mark Paoletta wrote in the memo dated Wednesday, provided to CNN by a senior administration official. "OMB took appropriate action, in light of a pending policy process, to ensure that funds were not obligated prematurely in a manner that could conflict with the President's foreign policy."

News of the memo was first reported by The Washington Post.

The House Democrats conducting the impeachment probe have argued that President Donald Trump attempted to use the aid as leverage while pressing Ukraine to investigate his domestic political rivals, which they say is evidence of a quid pro quo.

The White House has offered shifting and vague accounts of why the hold was implemented and what triggered Trump to ultimately change course and release the money.

Wednesday's memo stresses that the agency "has significant discretion in determining how and when funds are released" and states that it will often put temporary holds on money allocations signed into law.

The agency will pause funds, Paoletta wrote, "for a number of reasons, including to ensure that the funds are being spent efficiently, that they are being spent in accordance with statutory directives, or to assess how or whether funds should be used for a particular activity."

Paoletta wrote the memo in response to an inquiry from the Government Accountability Office about why the US aid to Ukraine was delayed over the summer. News that the Trump administration had placed a hold on aid to Ukraine surfaced in late August, and the circumstances surrounding that decision are central components of House Democrats' impeachment inquiry.

The memo states that while the OMB will notify Congress before delaying some allocations, the Ukraine aid amounted to a "programmatic delay" that did not require notification.

Mark Sandy, a career OMB official, told House impeachment investigators last month that there was deep dissatisfaction within the office after the hold was put in place, including questions about the legality of the freeze.