White House chief of staff: US is 'going to find ways' to get remaining Americans out of Afghanistan 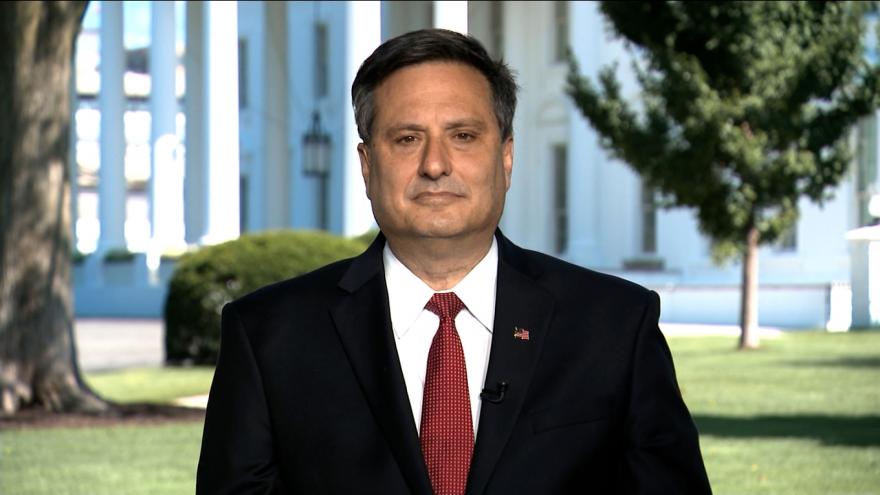 White House chief of staff Ron Klain said September 5 that the US will find ways to get any remaining Americans in Afghanistan out of the country if they want to leave, even after the US finished its military evacuation of US citizens, third country nationals and vulnerable Afghans. - CNN

(CNN) -- White House chief of staff Ron Klain said Sunday that the US will find ways to get any remaining Americans in Afghanistan out of the country if they want to leave, even after the US finished its military evacuation of US citizens, third country nationals and vulnerable Afghans.

Klain told CNN's Dana Bash on "State of the Union" that the administration believes there are "around 100" Americans still in Afghanistan and said he is hopeful that if Qatar resumes air service in and out of Kabul, Afghanistan, in the coming days, Americans might be able to get on those flights.

The comments from Klain come nearly a week after the US withdrew all American troops from Afghanistan to meet an August 31 deadline to exit the country. Though US forces conducted a sweeping airlift to get thousands of Americans and Afghan allies out of the country, some were left behind, presenting an ongoing challenge to the US, which no longer has a military presence in the country.

Pressed by Bash on reports that the Taliban, which is now in control of Afghanistan, are systematically hunting down and killing Afghans who worked with the US over the 20 years that there was a US military presence there, Klain did not dispute the reports, but said the administration continues to work to try and get those people out of the country.

"Dana, we -- there are all kinds of reports coming in. We're in close communication with our sources and our contacts in Afghanistan to try to get those SIVs out, to get them out safely," Klain said, referring to Special Immigrant Visa holders. "We're gonna continue to work to move those SIVs out of the country."

Biden's top aide also touted the US military's "historic airlift," which brought 124,000 people out of Afghanistan over the course of a couple weeks after the Taliban took control of the country. But a senior State Department official said last week that "the majority" of Afghans who worked for the United States during its 20-year military campaign there were likely left behind in the chaotic and rushed evacuation.

There were at least 20,000 SIV applicants in the pipeline prior to the US withdrawal, and the State Department has not provided a specific count of how many of those evacuated from Afghanistan fall into that category.

Republican Rep. Adam Kinzinger blasted the administration in a separate interview on "State of the Union" Sunday, telling Bash that the failure to fully evacuate all SIV applicants from Afghanistan before the US withdrew troops represents a "shameful moment in America."

"This is America's reputation. This is going to last for a long time. It's going to be a stain on our country," said Kinzinger, an Air Force veteran who served in Iraq and Afghanistan.

The Illinois congressman also said he hadn't heard back from the administration after he sent letters to the secretaries of State and Defense asking for specifics on exactly who was evacuated and who wasn't.