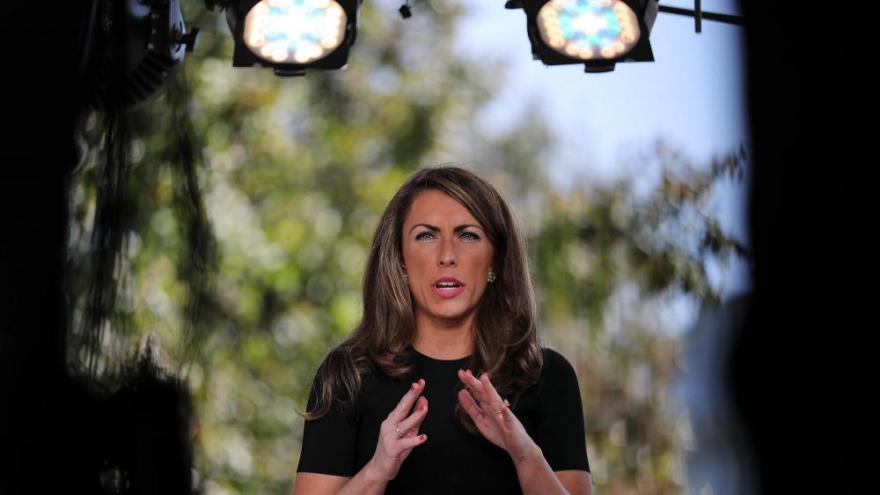 White House communications director Alyssa Farah resigns. In this image, Farah speaks during a TV interview outside of the West Wing of the White House on October 6, 2020 in Washington, DC.

(CNN) -- Alyssa Farah has resigned from her role as the White House communications director.

In a statement, Farah said she will be "leaving the White House to pursue new opportunities."

"It's been the honor of a lifetime to serve in the Trump administration over the last three and a half years," the statement said.

The Washington Post was the first to report Farah's departure.

Farah rejoined the White House communications team in April, around the time Mark Meadows, her former boss, was brought on to be chief of staff.

During her time in the communications director role, Farah was at the helm of the White House coronavirus task force's public messaging.

In her statement, Farah said she was "honored to have worked with the entire team on Operation Warp (S)peed who helped usher in a safe and effective COVID-19 vaccine in record time that will save countless thousands of lives."

Her exit from the administration comes a month after Election Day.

Farah served in two other roles within the Trump administration during the President's four years in office -- first as Vice President Mike Pence's press secretary, then as the press secretary for the Defense Department.

She was the youngest person to ever serve as the Pentagon's press secretary.

Farah joined Pence's office after being the spokesperson and senior adviser for the House Freedom Caucus.