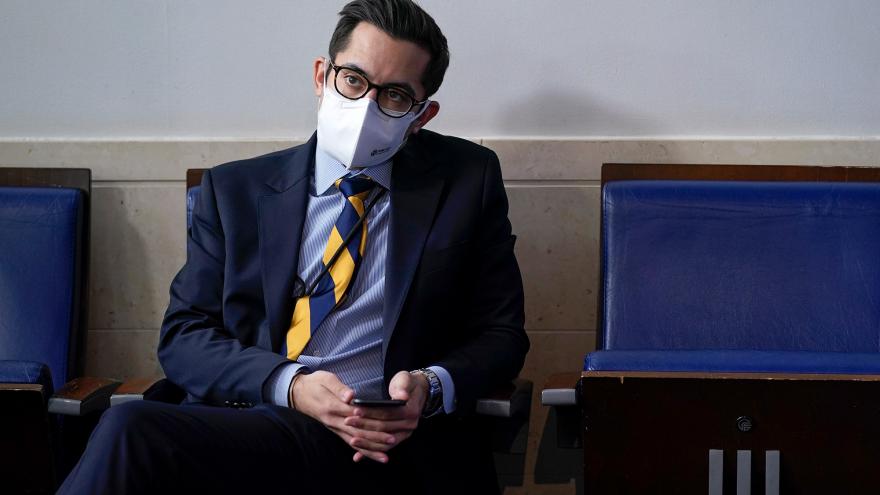 "We accepted the resignation of TJ Ducklo after a discussion with him this evening. This conversation occurred with the support of the White House Chief of Staff," Psaki said in a statement.

Ducklo released a statement on Twitter saying, in part, "I know this was terrible. I know I can't take it back. But I also know I can learn from it and do better."

Ducklo was suspended Friday for one week without pay after Vanity Fair story published earlier that day a reporter from Politico was working on an article about his romantic relationship with a reporter from another news outlet.

Multiple White House officials described the situation as untenable, because they believed a one-week suspension was insufficient, a sentiment that was made clear to the White House press shop in several stories about the incident..

Psaki said Ducklo apologized to the reporter he threatened, Politico's Tara Palmeri, over the incident. She had reported on Tuesday that Ducklo had been in a romantic relationship with Axios reporter Alexi McCammond.

Axios told Politico that McCammond "disclosed her relationship" with Ducklo in November and was "taken off the Biden beat." But Palmeri pointed out that McCammond's beat includes covering Vice President Kamala Harris and that she had commented glowingly on Biden after he was inaugurated.

The Vanity Fair story said that Ducklo had threatened Palmeri over her piece, vowing he would "destroy her" if she published it. Ducklo, according to the story, also made misogynistic comments to Palmeri and referenced Palmeri's own personal life, accusing her at one point of being "jealous" about his relationship with McCammond.