White House instructs McGahn not to comply with Democrats' subpoena 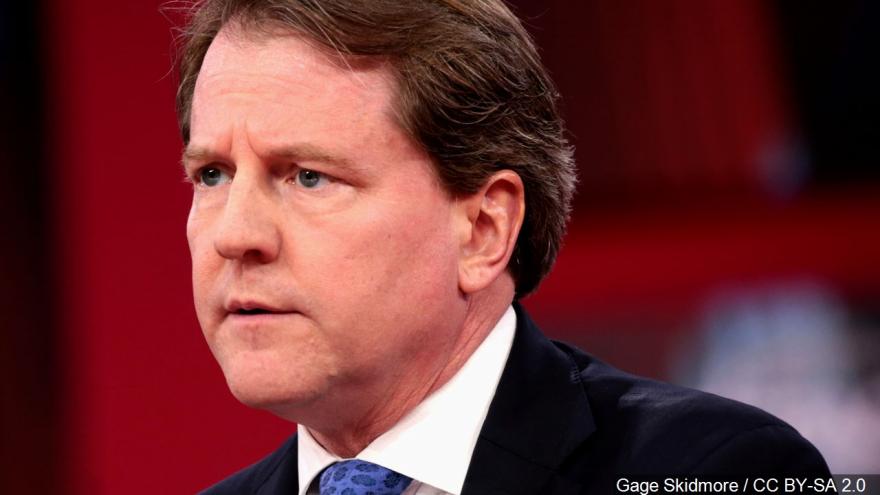 (CNN) -- The White House has instructed former White House Counsel Don McGahn not to comply with a subpoena for documents from House Judiciary Chairman Jerry Nadler, in the latest oversight showdown between the White House and congressional Democrats.

McGahn's attorney William Burck wrote to Nadler on Tuesday that McGahn was deferring to the White House's position that it maintains control of the documents that Nadler is seeking.

"Here, the Committee seeks to compel Mr. McGahn to produce White House documents the Executive Branch has directed that he not produce," Burck wrote. "Where co-equal branches of government are making contradictory demands on Mr. McGahn concerning the same set of documents, the appropriate response for Mr. McGahn is to maintain the status quo unless and until the Committee and the Executive Branch can reach an accommodation."

White House Counsel Pat Cipollone wrote to Nadler Tuesday directing the committee to request the documents from the White House, and not McGahn.

"Because Mr. McGahn does not have the legal right to disclose these documents to third parties, I would ask the Committee to direct any request for such records to the White House, the appropriate legal custodian," Cipollone wrote. "The Acting Chief of Staff to the President, Mick Mulvaney, has directed Mr. McGahn not to produce these White House records in response to the Committee's April 22 subpoena."

McGahn's decision not to comply with the subpoena could push Nadler to hold McGahn in contempt of Congress, just as he's moving to do with Attorney General William Barr after the Justice Department defied a subpoena for the unredacted Mueller report and underlying evidence.

Nadler issued a subpoena to McGahn for documents and testimony related to the committee's obstruction of justice investigation, setting a Tuesday deadline for McGahn to turn over documents and proposing a May 21 hearing date.

The committee voted last month to authorize subpoenas for McGahn and five other former White House officials who were interviewed by the special counsel's team. The committee is interested in obtaining documents from those officials regarding their preparations for their interviews with the special counsel, as part of the panel's separate investigation into possible obstruction of justice.

So far, Nadler has only issued a subpoena to McGahn, and not the other four White House officials.

Rep. Doug Collins, the top Republican on the Judiciary Committee, urged Democrats to negotiate with the White House to reach an agreement.

"As I said more than a month ago, when Democrats subpoenaed Don McGahn, they subpoenaed the wrong person," the Georgia Republican said in a statement. "The White House is nevertheless seeking to accommodate Democrats' unwieldy demands. I hope Chairman Nadler accepts this reasonable offer rather than continuing to reject good faith offers to negotiate."

If the committee goes to court to try to compel McGahn to turn over records, it could lead to a test of executive privilege in the courts that could have implications for the numerous House investigations into the Trump administration.