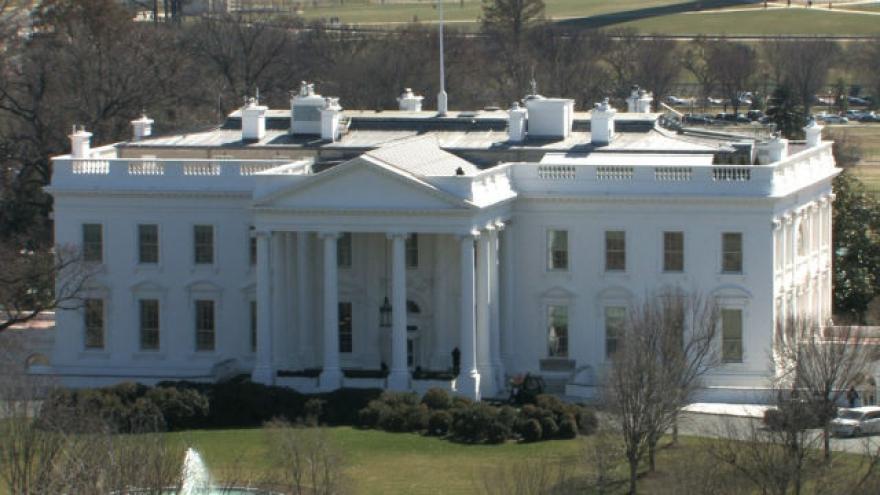 The White House ban on staffers using personal cellphones in the West Wing will go into effect on January 16, 2018. Photo courtesy CNN

(CNN) -- The White House ban on staffers using personal cellphones in the West Wing will go into effect next Tuesday, according to an internal memo sent Wednesday by chief of staff John Kelly.

The new policy includes "all portable electronic devices" not issued or authorized by the White House from "being carried into or otherwise possessed" in the West Wing from 6 a.m. to 8 p.m. Monday through Friday, regardless of whether they are turned off. The memo, a copy of which was viewed by CNN, advises staffers to leave their phones at home, in their vehicles or inside lockers near the West Wing lobby.

"This policy is to protect White House information technology infrastructure from compromise and sensitive or classified information from unauthorized access or dissemination," according to the memo.

"Any person entering or working in the West Wing must comply with this policy, regardless of whether he or she is a federal employee, intern, volunteer or visitor," the memo reads. "Violations of this policy by [Executive Office of the President] staff are security incidents that may indicate knowing, willful, and negligent conduct in violation of security policy and may therefore result in disciplinary action and, for other Federal employees and visitors, may include being indefinitely prohibited from entering the White House complex."

The decision to ban personal cellphones is one Kelly had floated since July but not executed until now. The move has prompted widespread frustration among staffers, many of whom are questioning how they are expected to stay in touch with their families and spouses while often working 12-hour days.

White House press secretary Sanders defended the decision in recent weeks, saying it has been in the works for the past six months. During that period, the White House has looked for ways to increase White House officials' ability to use "other applications" on their phones and to ensure compliance with the Presidential Records Act, Sanders said.

The standard is expected to apply to everyone -- including top officials such as communications director Hope Hicks -- except the President, one person familiar with the decision told CNN.