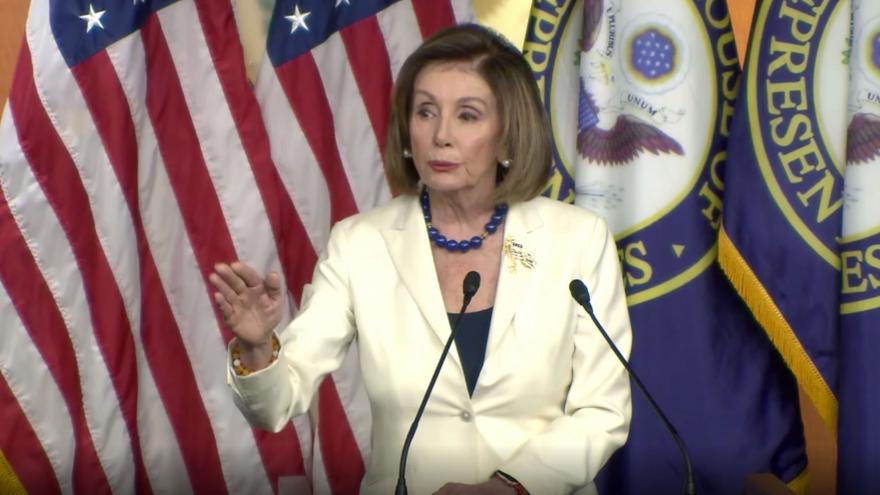 (CNN) -- Vice President Mike Pence's chief of staff said Sunday that the White House is "confident" House Speaker Nancy Pelosi will eventually send the articles of impeachment to the Senate, calling her current position of withholding them "untenable."

"She will yield. There's no way she can hold this position," Short told Fox host Chris Wallace.

President Donald Trump was impeached by the House last week, being charged with abuse of power and obstruction of Congress.

Speaking to a crowd of conservative students Saturday, Trump incorrectly accused Pelosi and Democrats of "violating the Constitution" and then deciding to abandon the case.

Trump repeated claims that there was no case to make against him after he became the third President in US history to be impeached this week.

House Democratic leaders have not said there is no case. Instead, Pelosi held off on sending articles of impeachment to the Senate until Democrats believe they have a fair structure for the trial. The House also did not appoint impeachment managers before leaving Washington for the holiday break.

Short said Trump is "looking forward" to being "exonerated" in the Senate trial, but said the ideal scenario for the trial would be for both sides to present their cases and then hold a vote on how to proceed -- something McConnell has suggested as well.

"He's frustrated what he finds to be a completely unreasonable impeachment. So sure he's frustrated by that, but he's also anxious to get not just acquitted, but exonerated in the Senate so he's looking forward to his opportunity to have a fair trial in the Senate," Short said.