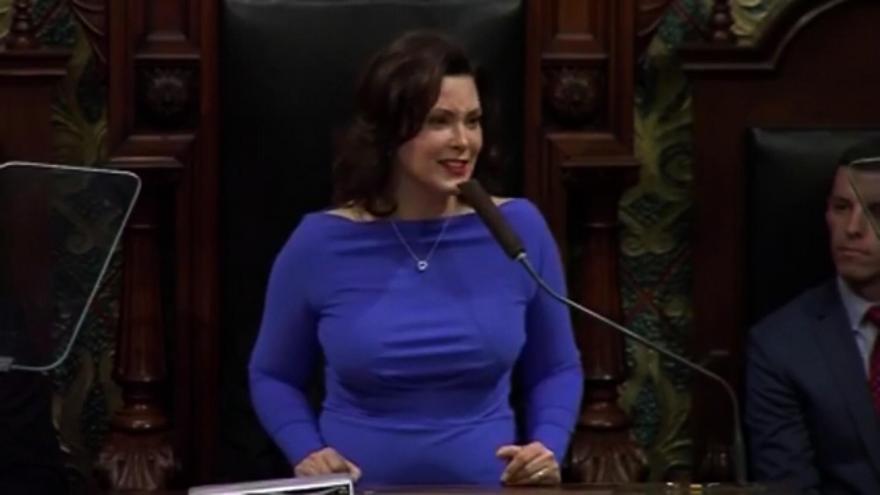 "I have one of the most aggressive orders in the country, and so to start to release maybe a few things that are, you know, pose very little risk. I think it's appropriate to keep doing that assessment and we may have announcements in the coming days," Whitmer told CNN's Jim Sciutto on "Newsroom."

The governor held off from going into further detail because she said the changes have not yet been finalized.

Whitmer last month signed a "Stay Home, Stay Safe" executive order, closing down nonessential businesses, and she recently extended it through April 30. Fed up with the restrictions, protesters defied the stay-at-home order and social distancing guidelines last week and gridlocked the streets of Michigan's capital. Protests have also popped up in other states as Americans grow concerned about the economic fallout of the coronavirus pandemic.

Speaking to reporters on Wednesday, Whitmer said it's likely that Michigan will need another "short-term extension" of the executive order.

However, she added, that "the data we've received in the last week has shown me that it's time to reevaluate the 'Stay Home, Stay Safe' order," adding that the curve has begun to flatten.

"The worst thing we can do is to not be smart about re-engaging and bring on a second wave of Covid-19," Whitmer told CNN on Thursday. "As hard as this economic crisis is on us, we know that a second one would be absolutely devastating."

Whitmer stressed that the state has to be "data driven" and "listen to the science" to reopen its economy.

Michigan's stay-at-home order prohibits its residents from visiting friends or traveling to vacation homes in the state. The order also requires large businesses to close off areas of its store for non-essential items like garden centers, paint, furniture, and flooring. Violators face being charged with a misdemeanor.

The first-term governor was also asked by Sciutto about her prospects to be picked as former Vice President Joe Biden's running mate.

"There is no place I would rather be than right here in my home state, making decisions that are saving people's lives. I think it is an honor of my lifetime to be here," Whitmer said.

Pressed if she would turn down the job if offered it by Biden, Whitmer replied, "I am a big supporter of his, and I'm going to continue to support him in any way that I can be helpful."