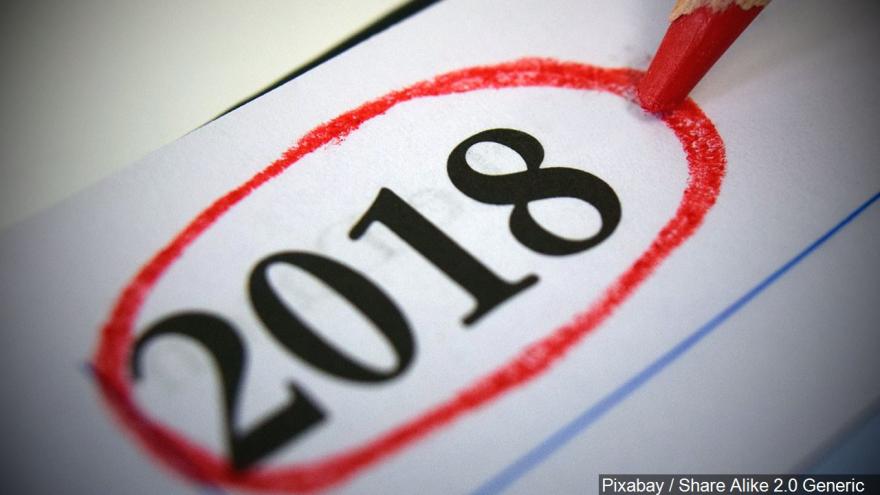 Iowa voters will be asked to show their IDs at the polls. Republicans say the law will help prevent voter fraud. In 2018, anyone who doesn't have ID will have to sign an oath verifying they are who they say they are, and will be allowed to cast a ballot. But starting in 2019, voters will be required to show their ID and those who don't have one of the accepted forms, will be offered a provisional ballot. West Virginia also requires voters at any election to show valid ID at the poll. The state permits both non-photo and photo IDs.

What you earn and your workplace

In California, employers can no longer ask about your prior salary. Job applicants can volunteer that information, if they wish. The new state law prohibits employers from relying on your salary history to decide whether to make you a job offer or decide how much to offer. And job applicants can request the pay scale for a position. The law is intended to narrow the gender pay gap.

California and local law enforcement agencies will not be able to use its resources, such as its funds or personnel to investigate, detain or arrest people for immigration enforcement purposes. Unofficially called a "sanctuary state" bill, supporters, including California Gov. Jerry Brown says that it "prohibits the commandeering of local officials to do the work of immigration agents." But critics say it limits cooperation between federal agencies and local law enforcement. Police officers in New Jersey who handle sexual assault investigations are required to get training. The goal is for officers to avoid further traumatizing survivors who are reporting sexual assault. North Carolina's driver's handbook will give instructions on how to deal with police during a traffic stop. The new law comes after people have died during traffic stops. The state law requires advice including what actions that drivers should take, to be included to the driver's handbook

New York will permit employees to take up to eight weeks of paid family leave. This is for bonding with a newborn, adopted or foster child, caring for a family member who is ill, or helping with a family member who is deployed on military service. Who gets the dog in a divorce? In Illinois, pets will be treated more like kids than property in splits. Pets could be subject to partial or joint custody after their owners divorce. The law only applies to "companion animals" -- not service animals.

School buses in Tennessee will have more oversight following a deadly crash in Chattanooga that killed six children in 2016. The law requires local school agencies to have transportation supervisors. New school bus drivers must complete a training program and must be at least 25 years old. Illinois requires school districts to make feminine hygiene products free to students. Tampons or pads must be available in school bathrooms with students from grade 6 through 12. California passed a similar measure that applies to schools with low-income students. Colleges in Tennessee cannot "stifle freedom of speech and expression" by issuing speech codes, establishing free speech zones or disinviting speakers based on opposition by others to the content of their speech, according to the Campus Free Speech Protection Act.