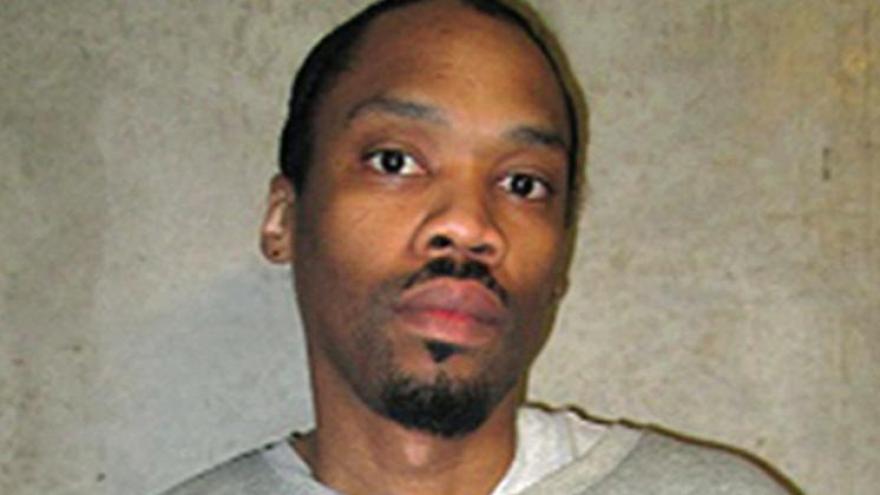 The Oklahoma Pardon and Parole Board has twice recommended Julius Jones' sentence be commuted to life in prison.

(CNN) -- Oklahoma's governor on Thursday commuted the death sentence for Julius Jones, just hours before Jones would have been put to death for a crime he says he did not commit.

Gov. Kevin Stitt announced he'd decided to commute Jones' sentence to life in death without the possibility of parole, saying in a statement on Twitter he came to the decision after "prayerful consideration."

The Oklahoma Pardon and Parole Board has twice recommended Jones' sentence be commuted to life in prison with the possibility of parole, most recently in a 3-1 vote on November 1. The ruling was a boon to Jones' many supporters, but the Republican governor on Thursday said he was commuting the sentence with the condition Jones will not be eligible for a commutation, pardon or parole for the rest of his life.

So who is Julius Jones, and why have so many people following his case?

Jones, who is Black, was sentenced to death after being convicted of the 1999 murder of Paul Howell during a carjacking. But Jones insists he's innocent, and he, his attorneys and advocates have a raised a number of issues with his case.

According to his clemency petition, Jones and his attorneys say he's spent nearly two decades on death row for a crime he did not commit due to "fundamental breakdowns in the system tasked with deciding" his guilt, including ineffective and inexperienced defense attorneys, racial bias among his jury and alleged prosecutorial misconduct.

Jones' case gained renewed attention in 2018, when the ABC documentary series "The Last Defense" spotlighted his case. Today, he counts among his supporters celebrities like reality TV star Kim Kardashian, and more than 6 million people have signed a Change.org petition asking Stitt to prevent his execution due to the questions surrounding his case.

His clemency petition points to several issues with his case

Howell was killed in a carjacking the night of July 28, 1999, when he, his adult sister and daughters pulled into his parents' driveway, according to court documents. Howell's sister, the documents say, described the shooter as a Black man who she said was wearing jeans, a white T-shirt, a black cap and a red bandana over his face.

Jones, 19 at the time, was arrested a few days later after authorities found the murder weapon wrapped in a red bandana inside his family's home. Jones was tried alongside a codefendant who was sentenced to 30 years in prison after pleading guilty to first-degree murder and conspiracy to commit a robbery, per online court records. The codefendant testified against Jones, who was convicted and sentenced to death.

Jones' clemency petition raises several points of contention in his case, one being his alibi: Jones' family says he was home with them the night of the murder, per the clemency petition. The jury was also not shown a photo of Jones, taken days before Howell's killing, that the petition says would have shown he did not match the shooter's description.

The red bandana is another point of conflict: Jones' clemency petition cites several individuals who said his co-defendant, Christopher Jordan, admitted to killing Howell and hiding the weapon and bandana insides Jones' house. (An attorney for Jordan told ABC News in September that his client denies confessing to the crime.)

Howell's family, however, rejects Jones' claims of innocence, and public support for Jones is painful for them, his daughter told CNN in a statement. Howell's family and the state Attorney General's Office have disputed the evidence cited by Jones and his supporters.

The alibi was thoroughly investigated and found not to be credible, the AG's office previously said, adding the claim was explored in an evidentiary hearing ordered by the Oklahoma Court of Criminal Appeals.

The AG's office also pointed to DNA testing done at the defense's request on the red bandana. The results, the office said in a document released in July 2020, indicated the major component of the DNA profile matched Jones and excluded Jordan. Jones' team said in response the DNA tests results were limited, and Jordan's DNA could not be excluded.

"Overall, this has been extremely tough on our family," Rachel Howell said, "as we have continued to be re-victimized by Julius Jones when we have done absolutely nothing wrong."

The past two decades have also been hard for Jones' family, his mother said, calling them a "waking nightmare."

"I know what it is like to have a loved one ripped away from you and to constantly relive that loss. I hope and pray they find healing and peace," Madeline Davis-Jones said.