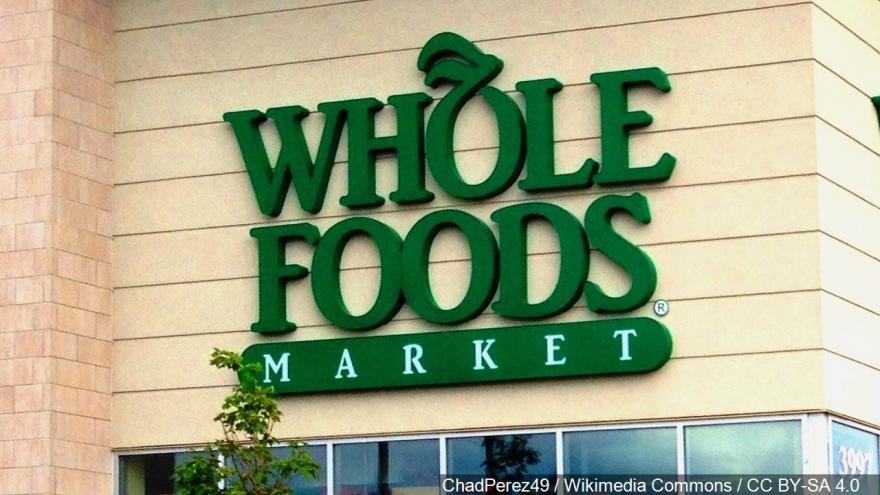 (CNN) -- Responding to customers' demands, Whole Foods is ramping up its war on disposable plastic.

The Amazon-owned company announced Monday that will stop offering plastic straws across all of its 500 stores in the United States, the United Kingdom and Canada. Whole Foods claims it's the first national grocery chain to make the environmentally friendly move.

The company currently offers plastic straws to customers at its juice and coffee bars, as well at its cafes. It will start offering paper straws beginning in July. Plastic straws will still be available for customers with disabilities, upon request.

Whole Foods will also reduce its plastic usage in other parts of the store. It will also offer smaller plastic bags in the produce department and will start using new bags for its rotisserie chickens that use 70% less plastic than the hard plastic cases they will replace.

"We recognize that single-use plastics are a concern for many of our customers, Team Members and suppliers, and we're proud of these packaging changes, which will eliminate an estimated 800,000 pounds of plastics annually," Whole Foods' chief merchandising officer AC Gallo said in a statement.

Top retailers and companies have been cracking down on using plastic because of the material's environmental damage.

Plastics are expected to outweigh fish in the ocean by 2050 and massive amounts of it have piled up in landfills, some emitting greenhouse gases and contributing to global warming over the near-eternity they take to degrade.

Starbucks announced in February that it redesigned its cold cup lids so they won't require a straw at all. By 2020, it will eliminate single-use plastic straws at its more than 29,800 locations around the world.

Disney is in the midst of eliminating single-use plastic straws and plastic stirrers at its parks and McDonald's announced last year plans to move from plastic to paper straws at its locations in the UK.