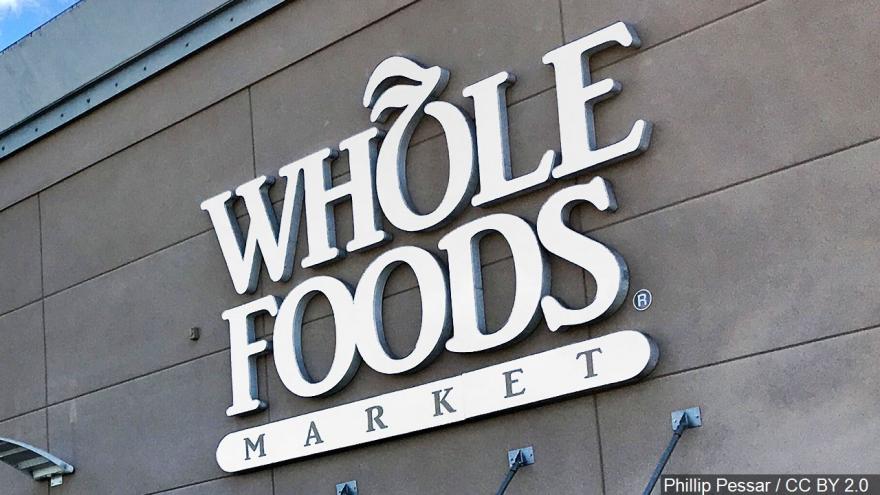 (CNN) -- A group of Whole Foods employees in a Boston-area store walked out to protest the company's policy that prevented them from wearing Black Lives Matter masks.

Seven workers at the chain's Cambridge, Massachusetts, store posed in a picture Wednesday that they posted on Twitter, in which they claimed Whole Foods cares "about the business their racist customers give them more than spreading a peaceful yet important message." The employees say the protest was in response to the store's manager decision not to let them wear the gear.

In response to the manager's decision, Whole Foods said in a statement that all employees "must comply with our longstanding company dress code, which prohibits clothing with visible slogans, messages, logos or advertising that are not company-related."

The Boston Globe first reported the walk out.

Although Whole Foods doesn't allow employees to visibly support the Black Lives Matter movement while on the job, Amazon explicitly stated those three words in a press release earlier this month.

"Black lives matter. We stand in solidarity with our Black employees, customers, and partners, and are committed to helping build a country and a world where everyone can live with dignity and free from fear," Amazon wrote on June 3. It also announced a $10 million donation to social justice organizations.

Amazon CEO Jeff Bezos has stated similar sentiments on his Instagram account in response to a customer email that said "all lives matter." Whole Foods also has a statement on its homepage saying it supports "the Black community and meaningful change in the world."

Starbucks had also barred employees from wearing Black Lives Matter apparel before reversing its decision earlier this month. The coffee chain sent out 200,000 T-shirts with the phrase displayed on the shirt.

In a statement, Starbucks said it's "critical to support the 'Black Lives Matter' movement as its founders intended and will continue to work closely with community leaders, civil rights leaders, organizations, and our partners to understand the role that Starbucks can play, and to show up in a positive way for our communities."

The movement gained steam after George Floyd died in police custody in May sparking nationwide protests for racial equality and police reform.