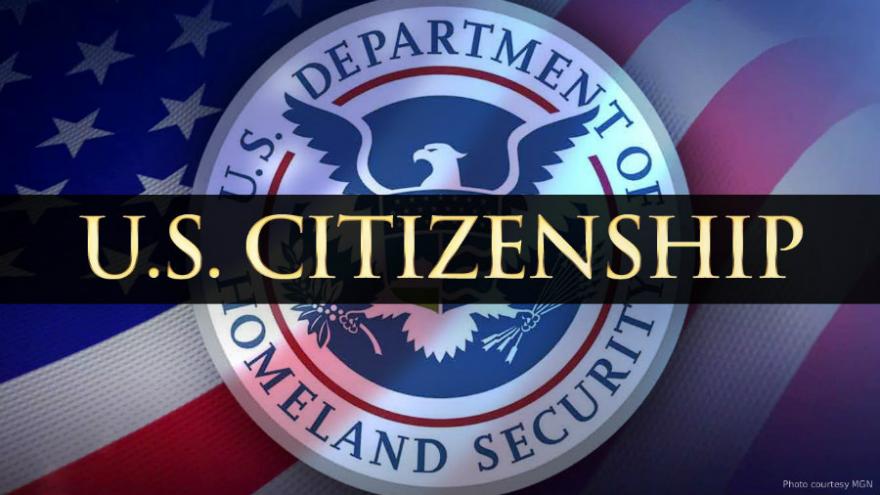 (CNN) -- Is adding a citizenship question to the 2020 US census a benign way to help the government obtain more robust data about a changing country, or is it discriminatory? The debate is picking up steam. Last month, a federal judge gave a green light to a lawsuit trying to block the question, on the grounds that it was intended to discriminate against immigrants. Looking at President Donald Trump's anti-immigrant rhetoric and the sequence of events leading up to the question's insertion, the judge wrote that the claims of intentional discrimination by the administration went from "conceivable to plausible."

While Trump may not want to count immigrants in the 2020 census, his political base depends on them being counted.

Progressive states are the ones mobilizing against the question. But many states that Trump carried have the most to lose, because their immigrant populations have grown significantly as a percentage of their overall populations.

That matters because the results of the census, which the Constitution requires every 10 years, determine the allocation of seats in the US House of Representatives, federal funding for medical assistance, highway planning, crime victim assistance, school lunches and more.

To be clear, adding the question certainly seems to be a not-so-subtle attempt by Trump's team to scare immigrants from answering the survey altogether. At a time of increasingly heated rhetoric around immigration, indiscriminate enforcement, and stricter immigration policy in general, a citizenship question would have a chilling effect. (If you are worried about how Facebook is going to use your personal information, imagine the fear immigrants have of how the government would use theirs.)

In January, six former directors -- who served Republican and Democratic administrations -- of the US Census Bureau wrote a letter arguing that adding this question could have unexpected consequences and would "considerably increase the risk" of an inaccurate count. The Census Bureau's own chief scientist wrote in a January memo that adding a citizenship question "is very costly, harms the quality of the census count, and would use substantially less accurate citizenship status data than are available" from existing sources.

Last year, the Census Bureau reported that its data guided the distribution of more than $675 billion in federal funds during fiscal year 2015. And a George Washington University researcher found that in 37 states, the median loss per person missed in the 2010 census was $1,091 in fiscal year 2015 alone. Accurate counts matter.

And here is what the administration is missing: Among the states (including Washington, D.C.) with the largest percentage increases in immigrants from 2010 to 2016, Trump carried nine of the top 12 and 17 of the total 26 states mentioned. Not just states such as Florida but also North Dakota, West Virginia, South Dakota, Nebraska, Wyoming, Alaska and Indiana stand to lose if the government adds a citizenship question.

A census that fails to capture their growing immigrant populations is a census that hamstrings the economic vitality of cities and towns in conservative America.

In many of these states, communities thrive precisely because of immigrants' contributions. In Iowa, where the immigration population rose 13% between 2010 and 2016 and Trump won 51% of the votes, Storm Lake police Chief Mark Prosser told The New York Times last year that "there are expensive challenges, but which one do you want: a dying community or one that has growth?"

People's anxieties about their communities' changing demographics are real, and we should acknowledge them. In "living room conversations," the National Immigration Forum, an organization that advocates for the value of immigrants and immigration, has hosted in Storm Lake and dozens of other communities around the country -- from South Carolina to Indiana, Texas to Idaho -- we are hearing Americans confront the challenges of a changing community. But they also are talking about their immigrant neighbors who are working hard to realize their American dream, and strengthening their community in the process.

Immigrants matter to their neighbors and to the well-being of their communities. The Trump administration should realize that for the benefit of "red" states, it's in their best interest to ensure immigrants count fully in the 2020 US census.