Why so many people sleep in McDonald's in Hong Kong 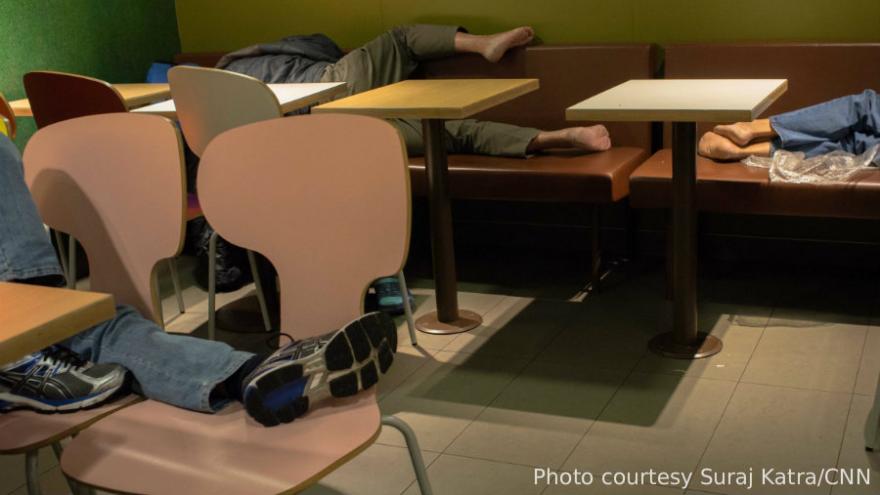 (CNN) -- In just five years there's been a sixfold increase in Hong Kong's so-called McRefugees -- residents who spend their nights sleeping in 24-hour McDonald's outlets across the city -- a survey has found. 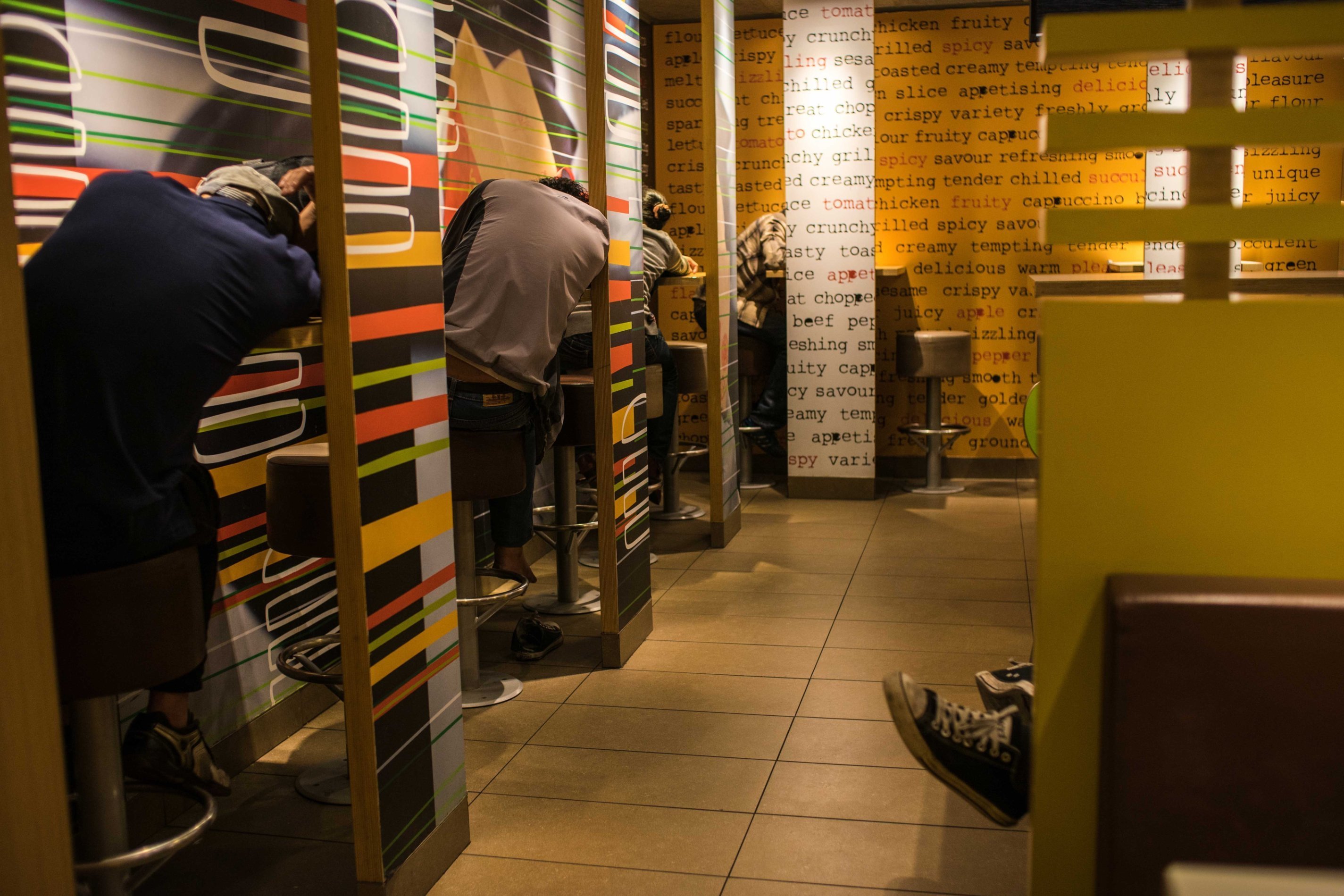 The study, conducted by the non-profit Junior Chamber International (JCI) Tai Ping Shan, counted 334 people sleeping in McDonald's restaurants during June and July, a significant increase since a similar study in 2013, which found only 57 sleepers.

"The purpose of this research was originally to provide services (for the sleepers), but we found that there is no specific picture of the McRefugee situation in Hong Kong," Jennifer Hung, chairwoman of the study, told CNN. "They (government officials) acknowledged that there are no statistics, so we conducted this research."

Researchers who visited 110 of Hong Kong's 24-hour McDonald's outlets found not all of the overnight sleepers were homeless.

More than 70% of respondents said they had other places to sleep, such as public housing flats or subdivided units, and the majority had either full-time or part-time jobs, challenging the common perception that these sleepers are homeless or unemployed.

"They have places to sleep, but they don't go back home," said Hung.

One main reason is that many sleepers face socioeconomic challenges such as high rents or electricity bills. Hung recalled one man who couldn't afford air conditioning, and who didn't have any windows for air flow in his subdivided apartment. Rather than pay his landlord $2 per unit of air conditioning, the man chose to enjoy the air conditioned McDonald's on sweltering summer nights.

McDonald's Hong Kong said in a statement to CNN that since there are 120 locations that operate around the clock, "there could be chances that some customers stay in our restaurants overnight."

It added that the company is accommodating to those who stay at the restaurant for extended periods regardless of their reasons for doing so while committed to "providing a pleasant dining environment."

"We have training and operation guidelines in place to equip our frontline staff [with] the necessary knowledge to handle different scenarios," the statement continued.

Hong Kong has one of the world's most unaffordable housing markets, according to a 2017 study by Demographia. Housing prices have risen from an average of $770 per square foot in 1997 to more than $1,700 today.

Others factors include family or personal conflicts. One young construction worker disliked being at home because of a difficult relationship with his parents. Another 55-year-old woman slept at McDonald's to avoid going home to her abusive husband.

Some avoid their homes even when there is no conflict -- one elderly woman with no children found her home unbearably lonely after her husband died, and so spends her nights at McDonald's among fellow sleepers.

"We found that people are not only poor in pocket or poor in wealth, but poor in their souls, their lives," Hung said.

JCI has recommended several measures to the Hong Kong government, including providing more resources for personal welfare organizations and social workers and updating statistics of sleepers to track future trends.

More importantly, a change in social attitudes is needed, Hung said. The government can only do so much; after all, many of these people have homes and jobs.