Widow of plane crash victim who saved his daughter: It was a 'miracle and a tragedy' 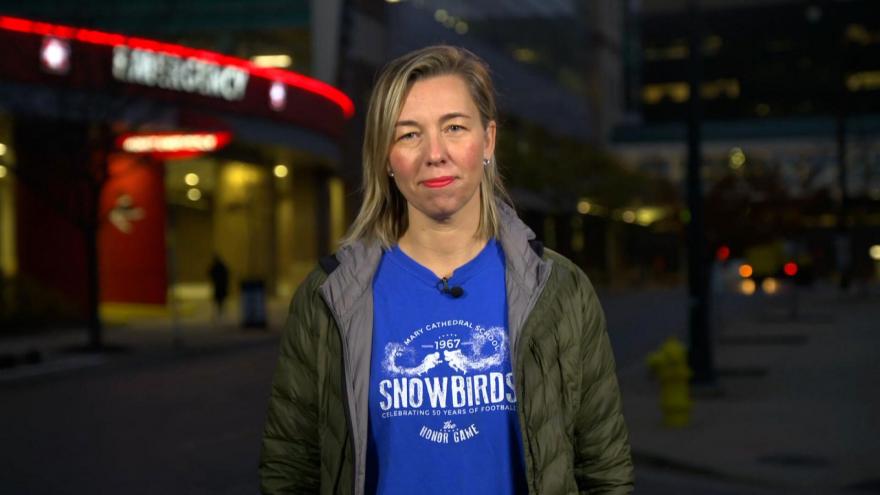 Christie Perdue believes her husband saved their daughter in the plane crash that killed him on Saturday.

(CNN) -- The 11-year-old sole survivor of a plane crash Saturday in Michigan is "doing amazing," her mother said.

Christie Perdue's husband, Mike Perdue, did not survive, but she believes he saved their daughter, Laney, by holding her tight as the plane crashed.

"It was a miracle and a tragedy, all in one day," Perdue said on CNN Wednesday. "It's hard to balance all those emotions."

Mike Perdue was one of four people killed in the crash of the light commuter plane that was on its way to Beaver Island, in the north of Lake Michigan.

The child's memory of the crash "is coming and going," Perdue said. "One of the last things she remembers is just being hugged really tight by dad, and Mike, if you knew him, gave the best, big bear hugs."

A lot of the girl's injuries are on one side, and Perdue thinks her daughter "was snuggled in on dad on the other side."
"In my heart of hearts, I know that he truly did save her, and he protected her," she said.

That isn't surprising, she said.

"He was just a beautiful human and loved his community, and he loved Bever Island," she said. "I'm not surprised at all that he did that, that he sacrificed, and he was her hero."

Laney is "walking and talking. She is cracking jokes," Perdue said. When the girl arrived at the hospital Saturday, no one knew her name, so they called her "Orchid," meaning "you can bloom anywhere, and she really is blooming in the hospital."

Perdue said she had flown with the airline that operated the flight since she was 3, and her husband had flown it often.

"He would jump on planes left and right to get to the island. It was his favorite place in the world," she said.

The couple had planned for the girl to fly alone Saturday to visit friends on the island, but Mike Perdue made the fateful decision to go with her, the widow said, her voice breaking with emotion.

The couple has four children, and they will grow up with the memory of their father.

"He loves so deeply, and he showed people that love," she said of her husband. "He was just an amazing human being and we'll spend the rest of our life just honoring his memory."

Authorities are investigating the cause of the crash.

The family has a GoFundMe page to help with the aftermath of the accident.