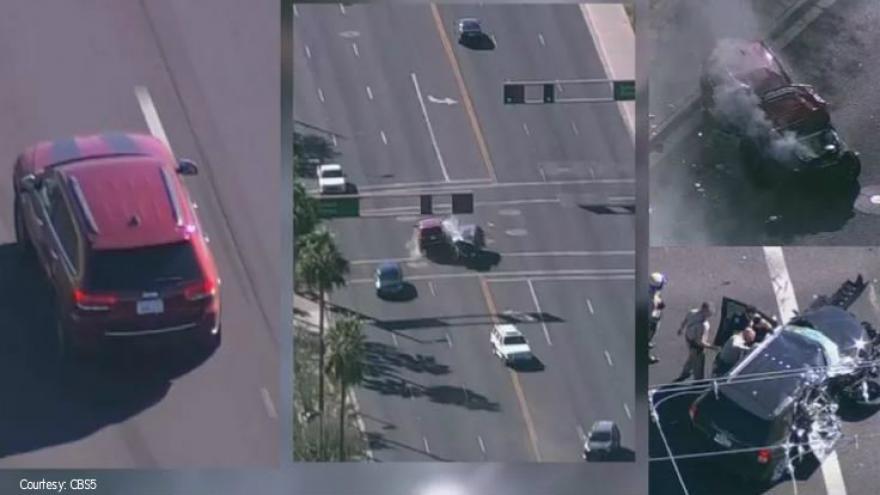 A suspect in a red car began speeding along the freeways just before 10 a.m.

Helicopters and DPS troopers followed the suspect as he continued to drive at high speeds along Interstate 10.

At several points, DPS troopers considered throwing down stop sticks to stop the suspect, but there was too much freeway traffic around him to do it safely.

The whole time, officials were in contact with the suspect by phone. The suspect reportedly told authorities he considered himself a "sovereign citizen," someone not bound by government laws.

At about 10:50 a.m., the suspect car exited the freeway and headed south on Rural Road toward the ASU campus.

He then picked up speed, racing south on Rural and dangerously weaving in and out of traffic.

The chase came to a violent end when the suspect slammed into another car on Rural just south of Apache, spinning out in a cloud of flying metal and billowing smoke.

But it wasn't quite over.

The suspect then climbed out of the car and took off running, with DPS troopers chasing him on foot.

When they caught up with him, the suspect did not go down without a fight, struggling with the troopers until they managed to subdue him and take him into custody.

Two people were reportedly the car that the suspect hit. Both were said to be injured, but the extent of the injuries was not yet known.