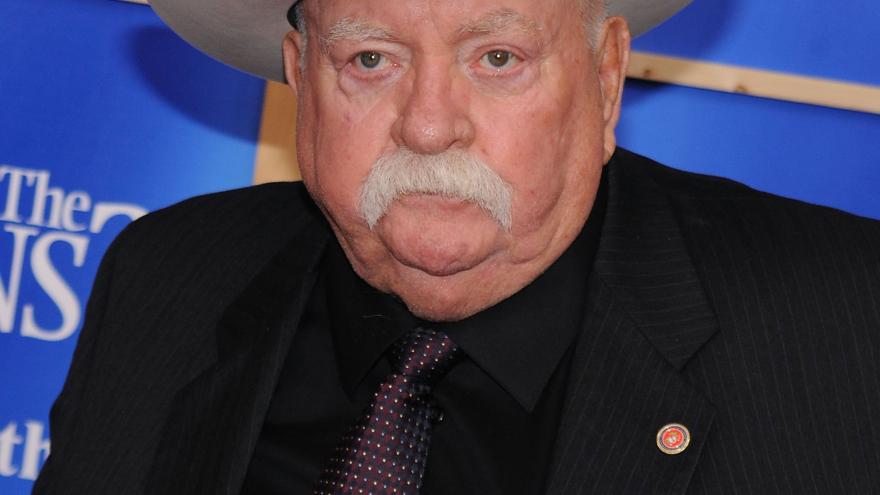 (CNN) -- Wilford Brimley, the mustachioed actor who appeared on the big screen, television shows and Quaker Oats commercials, has died. He was 85.

Brimley died Saturday while hospitalized in St. George, Utah, his manager Lynda Bensky told CNN. He'd been at the ICU, where he was getting treatment for medical problems and was on dialysis.

"Wilford Brimley was a man you could trust. He said what he meant and he meant what he said," Bensky said. "He had a tough exterior and a tender heart. I'm sad that I will no longer get to hear my friend's wonderful stories. He was one of a kind."

His movie credits date to the 1970s and include "Cocoon," "The Natural" and "The Thing." He also starred in several television shows, including NBC's "Our House" as a gruff widower who asks his daughter-in-law and her children to live with him.

In addition to Quaker Oats, he also appeared in commercials for the American Diabetes Association, where he used his raspy baritone to urge people to check their blood sugar often.

Over the years, he earned a new legion of fans -- many born decades after his movie appearances -- drawn to memes paying tribute to his mustache.

"RIP Wilford Brimley -- so many great performances, but I'll never forget seeing him sing this surprisingly tender 'It's Not Easy Being Green,'" comedian Stephen Colbert tweeted.

Brimley is survived by his wife, Beverly, and three sons.