Wisconsin pharmacist arrested for leaving COVID-19 vaccines out, believing it could harm people and change DNA 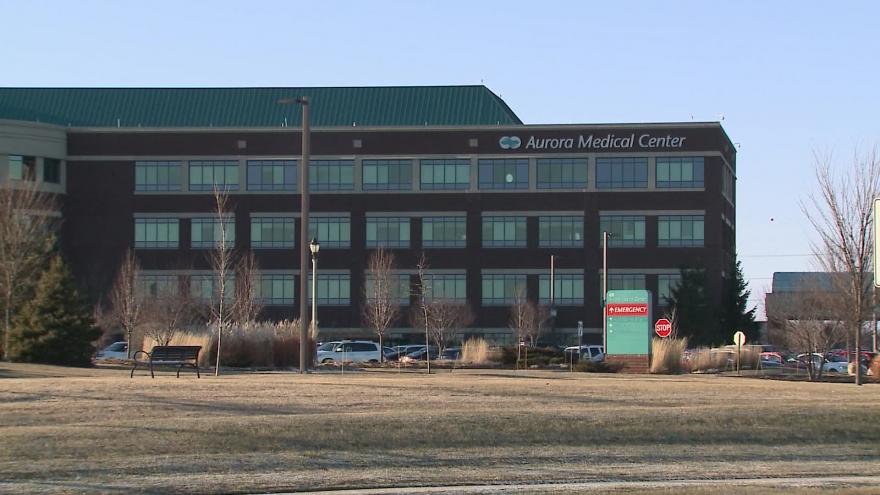 The pharmacist used to work at Aurora Medical Center in Grafton, north of Milwaukee. - WISN

(CNN) -- The Wisconsin pharmacist arrested last week after allegedly removing vials of the Moderna Covid-19 vaccine from cold storage is a conspiracy theorist who believes the vaccine could harm people, police say.

Pharmacist Steven Brandenburg, 46, is accused of intentionally leaving out 57 vials, prompting hospital officials to sequester most of the doses because they thought the vaccine was rendered ineffective.

In a probable cause statement obtained by CNN affiliate WTMJ, authorities say Brandenburg admitted to investigators he believed in conspiracy theories and believed "the COVID-19 vaccine was not safe for people and could harm them and change their DNA."

Brandenburg, arrested Thursday, attended a preliminary hearing on his case by video call Monday. He was later released on a signature bond.

Brandenburg removed a storage container with 57 vaccine vials at the Aurora Medical Center in Grafton on December 24 and 25, according to police.

A pharmacy tech found the vials in the early hours of December 26 and put them back in a refrigerator, the president of Aurora Health Care Medical Group, Dr. Jeff Bahr, told reporters Thursday.

Hospital officials used 57 of the 570 doses to vaccinate people, he said.

Grafton Police Department Detective Sgt. Eric Sutherland said in his statement that Brandenburg "recklessly endangered the lives of those people" by possibly compromising the efficacy of the vaccine.

But in the virtual hearing held Monday, Ozaukee County District Attorney Adam Gerol said extensive testing needs to be conducted on the doses that weren't used for vaccinations to determine whether Brandenburg's actions had in fact reduced their efficacy.

"It's unknown how much time it will take," Gerol said. "Fortunately, we have them such that they -- some of them or all of them -- can be returned to Moderna for the testing."

Prosecutors from the Ozaukee County District Attorney's Office charged Brandenburg on Monday with two felonies, second-degree recklessly endangering safety and criminal damage to property, according to a police news release. He has not been asked to enter a plea.

But if testing finds the vaccines are or were still effective, prosecutors could pursue a less serious charge of attempted criminal damage to property instead, Gerol said.

Brandenburg didn't speak except to say he had no questions about the conditions of his bail: surrendering his firearms and not having any contact with Aurora Health Care Medical Group or any of his former coworkers.

Grafton Police Sgt. Patrick Brock told CNN that Brandenburg was released on bond that requires him to pay $10,000 if he fails to show up for court.

CNN reached out to Brandenburg's attorney, Jason Baltz, who issued a "no comment" on behalf of his client.

According to police, the hospital pharmacist allegedly provided public safety officials at Aurora Medical Center in Grafton with a written statement last week saying he intentionally removed the vials, knowing that if they were not properly stored, the doses would be ineffective.

Bahr told reporters that after the vials were found December 26, "based on information available" they determined the vaccine was still able to be administered, given the 12-hour period of viability after removal from refrigeration.

But during the course of an internal investigation, the former employee said the vaccines were removed for a period of time in the overnight hours of December 24 and 25.

Bahr said 57 vaccinations that were given Saturday are either less effective or ineffective, based on the new information provided by the pharmacist.

The vials' removal from refrigeration at the medical center just north of Milwaukee, and the subsequent need to discard many of them, means more than 500 doses were lost, Advocate Aurora Health has said.

Hospital officials are working with Moderna and the US Food and Drug Administration to figure out a strategy for those who received the 57 doses.

Moderna says its vaccine generally must be stored at temperatures below what a refrigerator can provide. But it can also last 30 days in normal refrigeration, allowing hospitals and pharmacies flexibility for storage and distribution.

The hospital system has not said how much time elapsed from when the vials were removed from the refrigerator to when they were discovered.