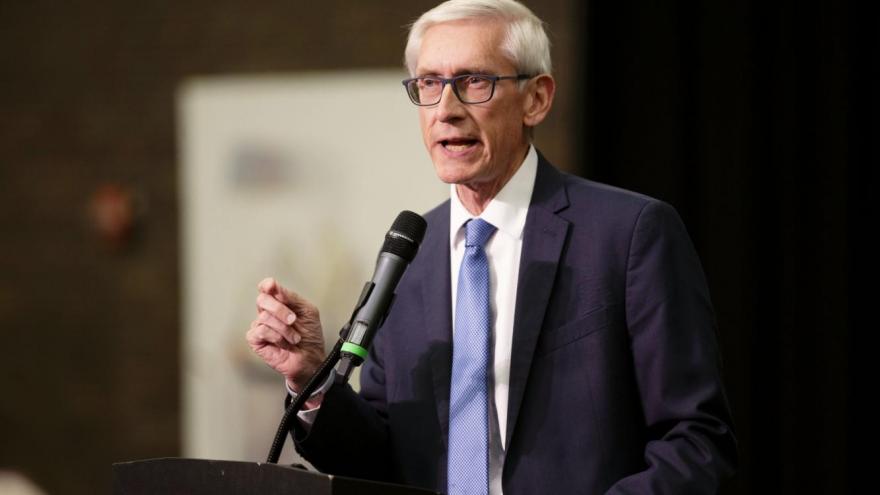 The Wisconsin Supreme Court has overturned the state's stay-at-home order, ruling the order "unlawful" and "unenforceable."

(CNN) -- The Wisconsin Supreme Court has overturned the state's stay-at-home order, ruling it "unlawful" and "unenforceable" in a high-profile win for the state's Republican-led Legislature.

In a 4-3 decision Wednesday, the court ruled that Democratic Gov. Tony Evers' administration overstepped its authority when the state Department of Health Services extended the order to May 26.

The ruling comes after the Legislature's Republican leaders filed a lawsuit last month arguing the order would cost Wisconsin residents their jobs and hurt many companies, asserting that if it was left in place, "our State will be in shambles."

The suit was filed specifically against state Department of Health Services Secretary-designee Andrea Palm and other health officials, who made the decision in mid-April to extend the state's "Safer at Home" emergency order. At the same time as the extension, the state loosened some restrictions on certain businesses, including golf courses, public libraries, and arts and crafts stores.

But the justices wrote in their decision Wednesday that "an agency cannot confer on itself the power to dictate the lives of law-abiding individuals as comprehensively as the order does without reaching beyond the executive branch's authority."

Evers, who had ordered Palm to issue the stay-at-home order in late March, has not yet released a statement on the ruling -- though he made his thoughts on the lawsuit clear when it was first filed.

"Republicans are exploiting a global pandemic to further their attempts to undermine the will of the people. But what's at stake goes far beyond political power--lives are on the line," he tweeted at the time.

"This isn't a game. This isn't funny," he wrote. "People die every day because of this virus -- often times painful and lonely deaths -- and the more we delay or play political games the more people die."

Still, Republican Assembly Speaker Robin Vos and Senate Majority Leader Scott Fitzgerald claimed in a joint statement after filing their lawsuit that there's "immense frustration regarding the extension" of the order and that Evers "has denied the people a voice through this unprecedented administrative overreach."

"Unfortunately, that leaves the legislature no choice but to ask the Supreme Court to rein in this obvious abuse of power," they said.

"Wisconsinites deserve certainty, transparency, and a plan to end the constant stream of executive orders that are eroding both the economy and their liberty even as the state is clearly seeing a decline in Covid infections."

Wisconsin Democrats, however, have argued that the health crisis "will only get worse if we end Safer at Home before it's safe to."

Experts widely agree that states and localities will need robust testing and contact tracing programs in order to control the pandemic without strict social distancing measures, but many states -- including Wisconsin -- have reported shortages of critical supplies needed to run coronavirus tests.

That's a problem because experts say the ability to quickly identify new coronavirus cases -- and then quarantine those who might have been exposed -- will be crucial to returning to normal life.

As of Wednesday, Wisconsin had more than 10,902 confirmed cases of coronavirus and 421 deaths, according to the state's Department of Health Services.