With long lines at a Popeyes, a teen and others encouraged people to register to vote 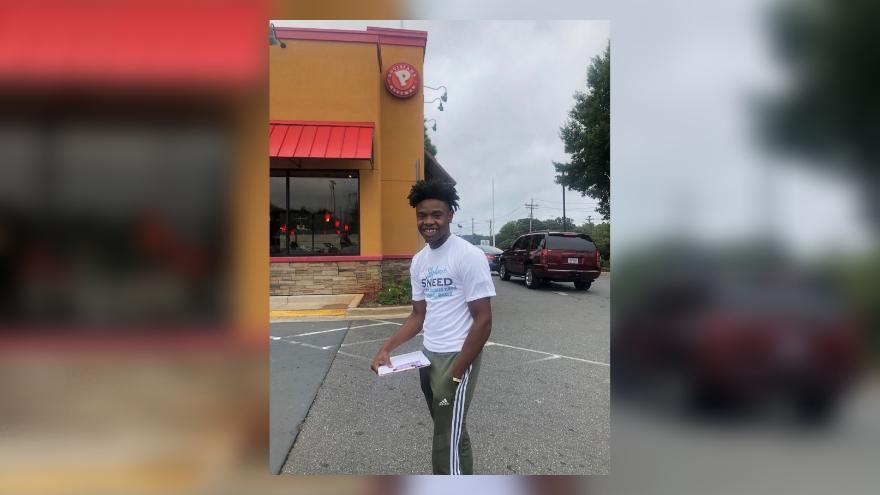 David Ledbetter, 17, is too young to vote, but he\'s already reminding others to take part in elections. Source: Courtesy David Ledbetter
By Christina Zdanowicz, CNN

(CNN) -- With the hype around Popeyes chicken sandwiches, a savvy teenager saw a chance to make a difference in his community.

The long lines outside a Charlotte restaurant signaled a chance for him and a group of others to engage people and remind them to vote.

David Ledbetter, 17, spent his Saturday walking up to people outside a local Popeyes and handing out sample ballots and voter registration forms.

"We were seeing how long the lines were [at Popeyes] and figured we would try to go get individuals to vote," the high school senior told CNN. "I was just hoping that the individuals would register to vote."

They provided people with voter information and gave them the forms to fill out on their own, he said. The group ran out of the voter forms and pamphlets on Saturday after speaking with dozens and dozens of people, but they didn't keep an exact count.

Ledbetter brainstormed the voter engagement idea with a local attorney, Stephanie Sneed, who is running for the local school board. They came up with the idea together, they said.

"We had been talking about the great chicken sandwich debate. We came up with the idea to go to Popeyes because of the large number of people waiting in lines," Sneed told CNN.

Sneed was impressed with how easily Ledbetter engaged with people. It's not easy to get someone to roll down their window, she said.

"Because he's young, he has a new perspective on candidates engaging with young people," she said. "He's already engaged and it's in his makeup."

Ledbetter is already a young leader. He co-founded a local organization called Imagine This and is in the process of getting it recognized as a nonprofit, he said. The organization aims to give more Charlotte students access to college.

This was the first time he has encouraged people to vote, he said. He's only 17, but he's already pre-registered to vote for when he turns 18.

"I like engaging with the community and I have aspirations with helping people and making society a better as a whole," he said.