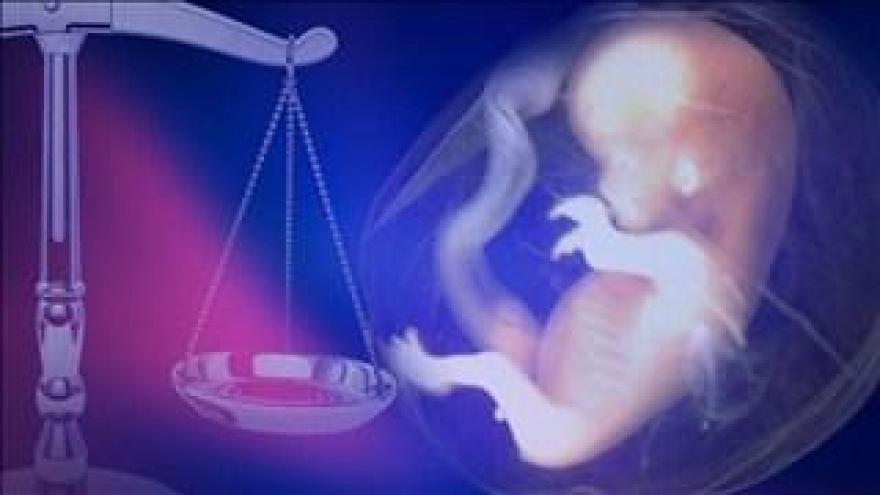 (CNN) -- A bill that would ban the most common abortion method used in the second trimester of pregnancy was signed into law Friday by Ohio Gov. John Kasich.

Senate Bill 145 prohibits the dilation and evacuation (D&E) procedure, in which the cervix is dilated and the contents of the uterus extracted. Though there is no exception in the law in cases of rape or incest, there is one if the mother's life is at risk.

Any abortion provider who defies this law could face fourth-degree felony charges, including prison time and fines.

The Republican governor's decision to sign off on this legislation sparked immediate backlash from abortion rights advocates.

Kasich, who has signed more than 20 laws restricting abortion access in his eight years in office, has "again let the people of Ohio down by using extreme legislation to turn medical decision-making into political ideology," said Iris Harvey, president and CEO of Planned Parenthood Advocates of Ohio, in a written statement.

"Patients, and the medical providers who serve them, rely on the overwhelming medical evidence that shows abortion is one of the safest medical procedures," she continued. "The method ban dangerously limits people's options, undermines patients' constitutional right to access safe, legal abortion, and compromises medical providers' decision making.

Ohio Right to Life lauded the governor's support of the "Dismemberment Abortion Ban," which is slated to go into effect in March.

"Ohioans can sleep easier tonight, knowing that the horrendous practice of dismemberment abortions is behind us," said Mike Gonidakis, president of Ohio Right to Life.

He praised the outgoing governor and the Legislature for backing efforts to block abortions, saying "all of these initiatives have led to abortions decreasing by more than 25% in Ohio, and half of Ohio's abortion clinics shutting down."

Looking ahead to Gov.-elect Mike DeWine, Gonidakis said, "the prospect of ending abortion in Ohio has never looked better."

Bans on the D&E procedure have been signed in 10 states, including Ohio. But of those other nine states, all but two -- Mississippi and West Virginia -- have seen their laws at least temporarily blocked by the courts.

The new Ohio law was one of two abortion bills to recently land on Kasich's desk. Also Friday, he vetoed the second bill: a six-week abortion ban, dubbed "the heartbeat bill," which he also vetoed in 2016.

DeWine, who takes office next month, has suggested that he would sign such legislation if given the chance.