Woman accused of biting part of man's ear at restaurant 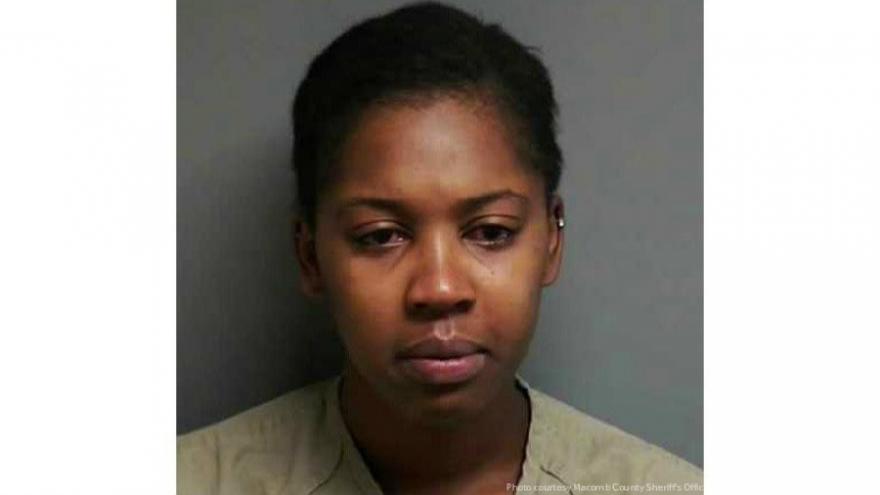 MT. CLEMENS, Mich. (WXYZ) -- A woman was arrested for allegedly biting off part of a man's ear during a fight with the man at a Macomb County Chinese restaurant on Thursday night.

According to deputies, they were called to China 1 Restaurant in Mt. Clemens around 9:40 p.m. When they arrived, they found a man with his ear partially bitten off and a woman with a large bump on her forehead.

Deputies say 24-year-old Jade Anderson walked ito the restaurant complaining about her order. She was complaining to the owners, who are also the victims in the assault.

Due to a language barrier, the victim's son translated what Anderson was saying to his parents. That's when Anderson allegedly pushed the son and threw her food onto the floor. She then started assaulting the female victim, and the male victim stepped in to protect his wife.

That's when Anderson started assaulting the man. As she was pushed out of the store, she bit the man on the ear, partially detaching it.

A sign on the restaurant Friday afternoon said it was closed "for some reasons."

Police took her into custody and the man was taken to the hospital.

She was arraigned on charges of assault with intent to maim and assault. She was given a $20,000 cash/surety bond and is scheduled for court on July 11.