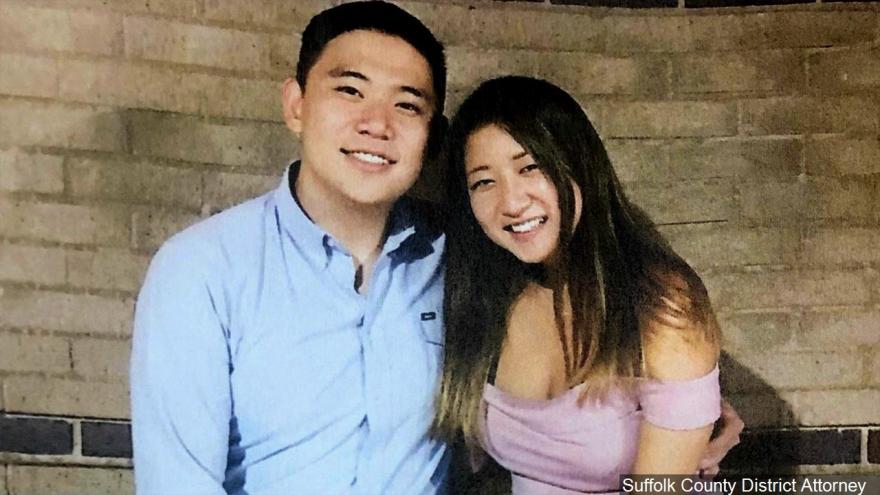 BOSTON (AP) — A former Boston College student pleaded not guilty Friday to involuntary manslaughter on allegations that she encouraged her boyfriend to take his life.

Inyoung You, 21, appeared in Suffolk County Superior Court in Boston after returning to the U.S. from South Korea, where she has been since the charges were announced in October.

She was taken into custody in handcuffs after the judge set her bail at $5,000, which her lawyer said she would pay immediately. You, who was born in South Korea and is a naturalized U.S. citizen, was also ordered to surrender her passport.

Her trial date was set for November 2020.

Prosecutors say You and Alexander Urtula, of Cedar Grove, New Jersey, exchanged more than 75,000 texts in the last two months of their relationship, more than 47,000 of them sent by You.

They say she isolated Urtula from his friends and urged him to "go kill yourself" and called him "worthless" in a constant barrage of messages.

Urtula died in Boston on May 20, the day of his Boston College graduation.

During her arraignment, prosecutors said You became upset when she found out Urtula had been communicating with an ex-girlfriend.

They say that You also threatened to harm herself and that Urtula was afraid to leave her.

Earlier this week You, through a public relations firm, released text messages suggesting she tried to stop Urtula and alerted Urtula's brother in the moments before his death.

Urtula's relatives say they are devastated by his death and won't be commenting on the proceedings.