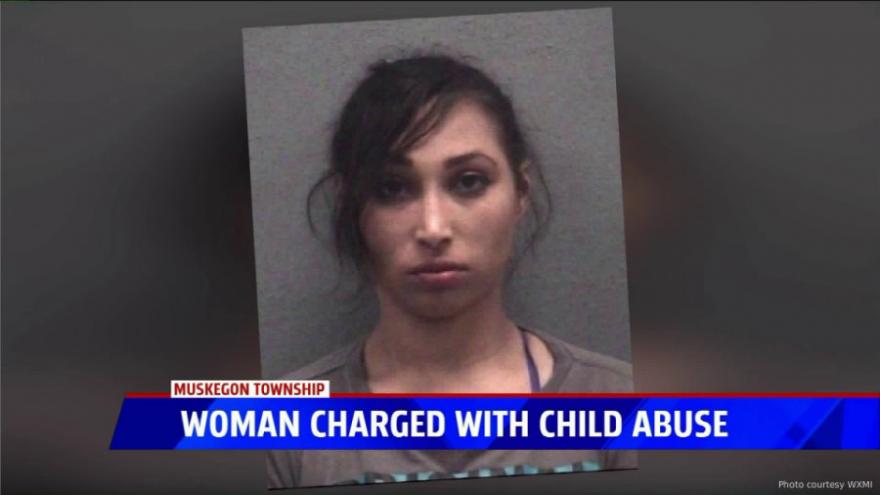 MUSKEGON, Mich. (WXMI/CNN) -- A Muskegon Township woman has been charged with second-degree child abuse for putting a child with severe disabilities in the open bed of a stranger's pickup truck, which was then driven away by an unknowing driver.

Asia Beach, 27, was charged because her eight-year-old daughter with cerebral palsy could have been seriously injured or killed from hypothermia, according to police.

The incident happened on the evening of Feb. 25 in the 3000 block of Lenore Avenue in Muskegon when police say Beach placed her daughter into a truck bed, and then wandered a couple blocks away and walked up to homes. Unknowingly, a man in woman in the truck drove just a block or so, according to a witness, before hearing a child crying, stopping and then returning to the home.

The girl was wearing only thin cotton short-sleeved pajamas in 37-degree weather, with no hat, coat, socks or shoes. Police also say that Beach admitted to being under the influence of alcohol and marijuana.

"We're happy to report the child is in safe hands," said Hilson.

"This is the type of neighborhoods that we want to see, certainly in Muskegon County and also throughout our state, where people are keeping their eyes and ears open," said Hilson, "They’re not worried to feel like they’re butting into somebody’s business. When something didn’t look right, the appropriate steps were taken."

The Michigan Department of Health and Human Services along with Child Protective Services and police are investigating, while the child is in the custody of another relative, according to Hilson. Beach faces up to 15 years in prison.