Woman devastated after finding her dog shot to death 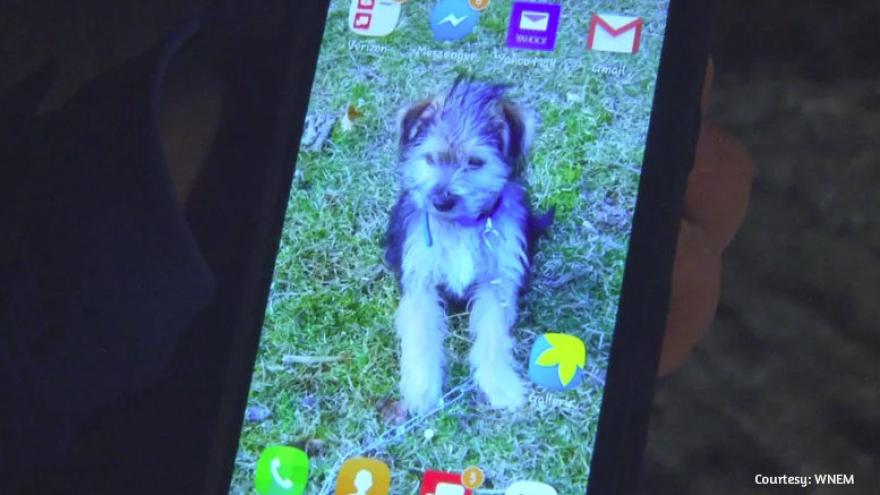 Saginaw County, Michigan (WNEM) -- Jan. 31 was an emotional morning for a local woman startled by gun shots. Shortly after she found her beloved canine companion had been brutally murdered.

"He sneezed in my face to wake me up this morning," said Kellie Harrell, dog owner.

After that wake up call from her 2-year-old Yorkie mix, Tucker, Harrell let him out into the yard at her home in Saginaw County's Marion Township.

What she didn't know then is he would never come home.

"We heard gunshots at eight this morning. Usually Tuckers the first one in the house and he didn't come up. So I went out and looked and couldn't find him," Harrell said.

The worry set in and Harrell followed Tucker's brother Jinx into the nearby woods. That is when she saw Tucker's lifeless body laying on the ground.

"He has one in the leg and two in the stomach. One in the chest and one in the ear. All I could do is cry. I carried him back up here. Shot five times at close range," Harrell said.

While she said the area behind her home is sometimes used for target practice, she doesn't think this was an accident.

"I don't know why they did it, but I really think they shot him," Harrell said. "Whoever they are is a lowlife to kill an animal like that."

The only clues left behind were ATV tracks, leaving the family with broken hearts and many unanswered questions.

"I just wish the person would get caught and get in trouble for it because if they're going to kill a little dog, what else are they going to do? That's my fear," Harrell said.

The Saginaw County Sheriff's Office said they are looking into the incident.