Woman dies after being given formaldehyde instead of saline 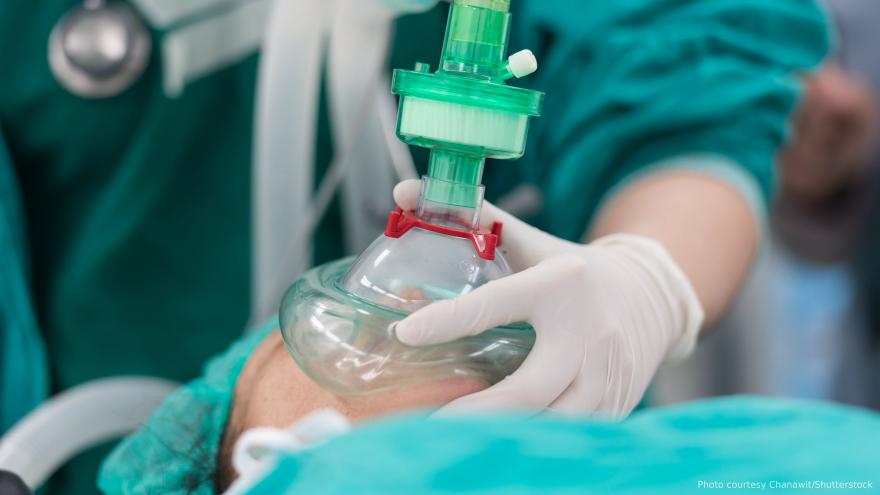 (CNN) -- It's a familiar nightmare for many people: becoming the victim of a medical mistake.

Ekaterina Fedyaeva, 28, experienced that nightmare after a diagnosis of ovarian cysts, small fluid-filled sacs that usually prove to be harmless, causing no symptoms and disappearing on their own. However, some women require an operation to remove them.

Fedyaeva, whose doctors felt removal of her cysts would better prepare her for pregnancy, was one of those women, according to reports from Russian state news agency TASS and RT, a Russian government-owned television network. She scheduled a routine laparoscopic procedure on March 15 at the Central Clinical Medical and Sanitary Unit in the Ulyanovsk region.

Ulyanovsk, with a population of about 1.25 million, straddles the Volga River in the southeast portion of the European part of Russia.

Following her operation, a nurse mistakenly gave Fedyaeva a solution containing formalin. Formalin contains formaldehyde, a colorless chemical that is typically used to embalm the dead.

At room temperature, formaldehyde is a gas, but when used in a 37% solution with water, it is known as formalin, explained Nikolas P. Lemos, chairman of the toxicology section of the American Academy of Forensic Sciences. Formaldehyde, he said, is "a potentially very toxic substance."

To save her from being mummified alive, they tried to flush out her abdominal cavity, according to TASS.

When Fedyaeva woke, she whispered, "I'm dying," to her mother-in-law, Valentina Fedyaeva, who believed this was only a hyperbolic complaint, according to RT.

The next day, Fedyaeva was transferred to the Ulyanovsk Regional Clinical Hospital, where she became comatose. Next, she was moved again to a federal medical center in Moscow, the A.I. Burnazyan Federal Medical and Biophysical Center of Russia for what her doctors believed would be a more effective course of treatment.

When Fedyaeva's organs began to fail, doctors connected her to machines to keep her alive.

Rashid Abdulov, the minister of health, family and social welfare for the Ulyanovsk District, said in a statement that the doctors at the A.I. Burnazyan Federal Medical and Biophysical Center had "done everything" to save Fedyaeva. Though she regained consciousness, her condition remained serious. "Unfortunately, it was not possible to save her," Abdulov said.

On Thursday, three weeks after her ordeal began, Fedyaeva died.

Lemos, who is also a professor at the University of California, San Francisco, said there have been other instances of formaldehyde ingestion, which "has caused deaths, usually preceded by very severe corrosive damage to the stomach and the small intestine, followed by collapse of the circulatory system and kidney damage."

"A woman who drank 10% formaldehyde developed severe abdominal pain immediately and went into shock," he said. "She was, however, treated with milk and various emetics, and she eventually recovered enough to leave the hospital."

Still, formalin "can be a great tool in medicine and pathology," Lemos said.

Asked why formaldehyde might be in an operating room, Lemos noted that "there is documented surgical use of formaldehyde in order to control hemorrhage and to denature tumor cells."

Still, even with these medical uses, some patients have had serious toxic effects, including low blood pressure, a speeding heart rate, kidney failure and even death, he said.

Ulyanovsk Gov. Sergey Morozov told TASS that the regional government will pay all the funeral expenses for Fedyaeva and provide assistance and psychological support to her nearest relatives. "The employees who committed this mistake have been dismissed," Morozov said.

Globally, over 240 million surgical procedures are performed every year, according to a recent World Health Organization report. No global registry exists to track a frequent cause of illness (and possibly death) caused by surgeries -- surgical site infections -- but health authorities estimate that each year, millions of patients around the world acquire infections during surgery.

A recent Johns Hopkins study estimates that more than 250,000 Americans die each year from medical errors.

Abdulov told TASS that the case is still being investigated.

On the day of Fedyaeva's death, Abdulov tweeted about her "terrible tragedy."

Expressing his "sincere condolences" to Fedyaeva's family and friends, the minister also urged his colleagues and staff of medical institutions everywhere to show increased attention and caution when providing care. He concluded, "Nothing like this should happen again."