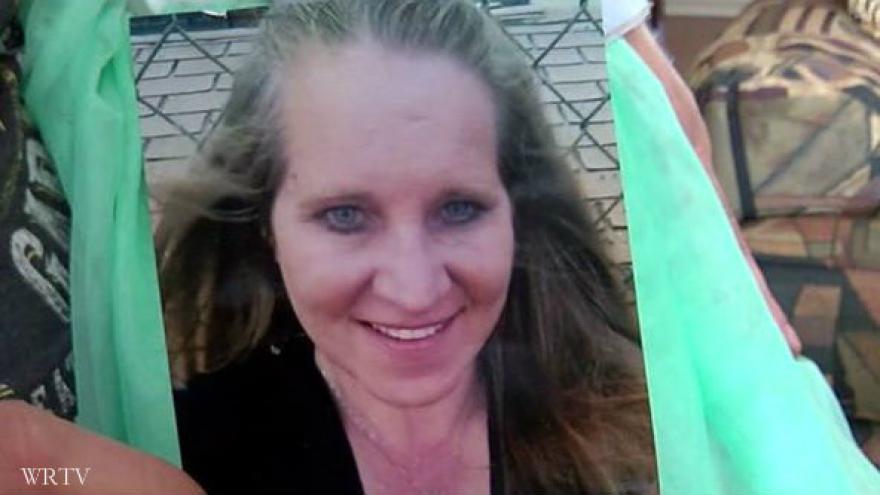 Indianapolis, Ind. (WRTV) -- An Indianapolis woman died 2 months after contracting a flesh-eating bacteria while vacationing in Florida, but her husband believes doctors could have saved her if they had diagnosed her correctly the first time she saw them.

Richard Martin says his wife, Carol, 50, returned home from Florida in February with an infection on her buttocks the size of a nickel. It got so painful that she went to the doctor to figure out what it was and she was sent home with antibiotics and a heating pad - twice.

"They sent her home with more antibiotics and a heating pad and it got worse," said Richard.

When the treatments didn't work and the infection got worse, family members say Carol went back to St. Francis Hospital a third time and that's when doctors realized she had necrotizing fasciitis.

"In the emergency room they said 'we are sorry but she has a flesh-eating bacteria, we have to rush her to surgery right now,'" said Richard.

It took two major surgeries and 16 days in the ICU before doctors would let Carol return home.

"She made me lunch, I kissed her goodbye to go to work. I come home early in the morning and found her passed away," Richard said through tears. "We should have the answers and know why this went where it did."

The Marion County Coroner says they are collecting tissue samples and analyzing the infected area to determine if the bacteria was a contributing factor in her death. Those tests could take up to 12 weeks to get back from the lab.

According to the Centers for Disease Control necrotizing fasciitis is a serious bacterial skin infection that only affects between 600 and 1200 people in the United States each year. It spreads quickly and kills the body's soft tissue and can be deadly if it isn't diagnosed and treated promptly.

If you get necrotizing fasciitis the symptoms can start within hours of an injury and could easily be mistaken for something else.

Warm, red or purplish swelling that spreads rapidly Ulcers, blisters or black spots on the skin Fever Chills Fatigue (tiredness) Vomiting If you have these symptoms after a wound, see a doctor right away.