Woman fights back as carjacker tries to steal truck 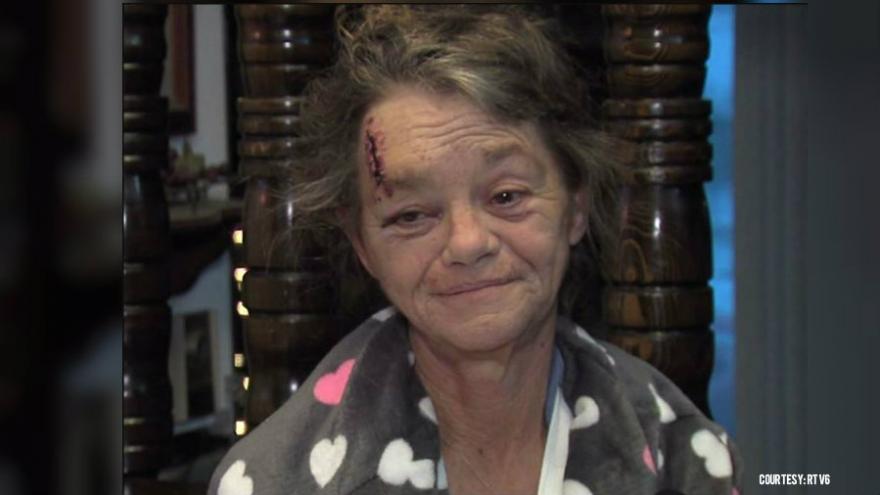 Beech Grove, Indiana (WRTV) -- A trip to the hospital turned into a frightening event for a woman and her elderly mother after a man attacked them and tried to carjack their vehicle, but the 56-year-old wasn't going to let him get away easily.

Lorie Crouch said she was helping her mother out of the vehicle with her grandson when a man jumped into the driver's seat.

"Out of the blue, this guy comes from the hospital, jumps in my truck, says he's leaving," said Crouch.

Crouch said she dove after the man and he threw the vehicle in reverse - hitting her mother who was in a wheelchair next to the vehicle - that's when she said she got really angry.

“I was cussing, I wasn’t very religious, I’ll admit that,” said Crouch. “That was my stuff and that was my mother he hit and when I seen that I just – I went right after him.”

Crouch started hitting the man and grabbing at the steering wheel as the suspect tried to drive away – eventually causing him to crash.

"I was trying to pull him out - I was just shocked, devastated - I couldn't believe this was happening," said Crouch. "Here I was bringing my mother to the hospital to get fixed – and that’s my stuff.”

Crouch said that's the last thing she remembers before waking up in the hospital, but doctors told her that her 17-year-old grandson finished what she started and held the man until police could arrest him.

Kenneth Wentworth, 27, is charged with robbery, leaving the scene of a crash involving injury, auto theft and battery.

Crouch had to be airlifted to Indianapolis to be treated for a broken foot, a broken wrist and several other scrapes and bruises.

She says her mother will be okay from the attack, but she'll spend the next few weeks recovering - both mentally and physically - from the experience.

“I ain’t the kind of person to just stand back and let him take something that we worked hard for without some kind of fight,” said Crouch.