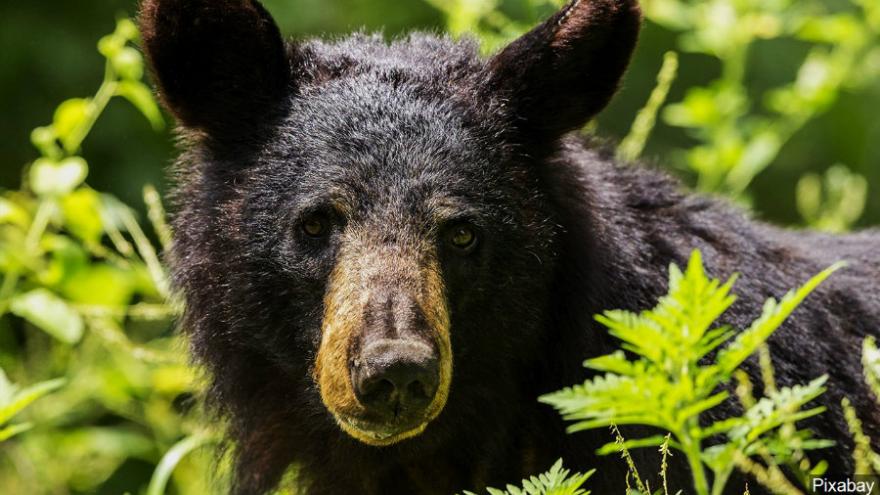 Bloomfield, CT (WFSB) -- A Connecticut woman took to Facebook live to share what happened when she found a bear inside her living room on Monday.

She said she and her daughter had just gotten home, when they walked inside they found the black bear in the living room.

In the Facebook live video, Melissa McWeeny shows that the bear got in through a sliding door, after ripping down a screen.

"We learned that the bear knows how to pull the latch down and open the door," said McWeeny.

Inside the house, the bear rummaged through her pantry, apparently looking for a snack.

She said even though she wasn't calm, the bear was. It ended up leaving through a sliding window and she can't believe he fit through it.

"He managed to fit outside this little crevice, over the toy box and go out and go into the woods," said McWeeny.

Bear sightings are common, but reports of bears in homes are also climbing.

Experts say the higher numbers may be because more people, like McWeeny, are going public and posting about it on social media.

"Now that he knows there food in here, I don't want him to come back," said McWeeny.

She says they'll be locking all windows from now on.

Officials will revisit this case and see if this is the same bear that was spotted one week ago in the neighborhood.