Woman freed after being trapped in Goodwill trailer for 2 days 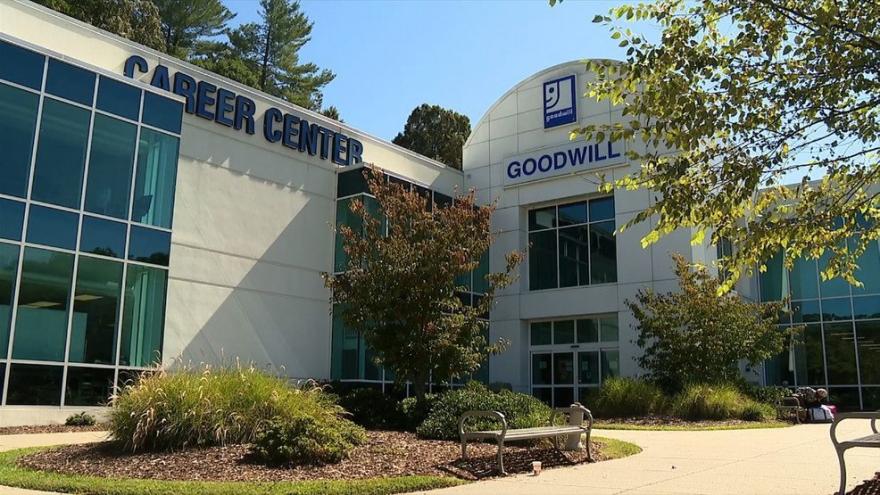 West Asheville, NC (WLOS) -- A homeless woman was found Wednesday after two days of being inadvertently locked in a donation trailer behind Goodwill's Patton Avenue location.

A neighbor in the Malvern Hills community heard someone yelling for help.

"And heard someone banging on the trailer," Goodwill vice president of operations Bill Haymore said.

"And our staff heard the same thing, went to investigate it, opened the trailer door up and found a woman inside of it," he said.

Last weekend, someone cut the fence and broke into the back lot at Goodwill, eventually cutting the locks off three trailers, Haymore said. Employees relocked the trailers, unaware there was anyone inside.

"She got out of the trailer, had some of the donations in hand," he said after workers unlocked the trailer. "Our staff asked if she would wait, the police department was on the way. At that point she dropped the bags that she had and ran."

Asheville police officers searched for the woman but didn't find her.

"Evidently, this person was rummaging through our trailers or sleeping there," Haymore said.

Every day, folks drop off donations in the spirit of Goodwill Industries, which uses funds to provide job training here in the mountains. But Haymore said too many come to the West Asheville site to take instead of give.

"We have a lot of problems at this facility with the homeless population breaking into the rear," he explained.

The incident Wednesday is part of a long-running problem, Haymore said. He said someone breaks into the lot at least once a week, prompting Goodwill to hire off-duty police officers to patrol the area.

Haymore believes the culprits are taking the hard route to getting back on their feet.

"It would be much easier to walk into our front door for training and allow us to help by normal means than it would be to break in and try to steal product," he said.