Woman is gored by a bison at Yellowstone, the second incident reported this week, park officials say 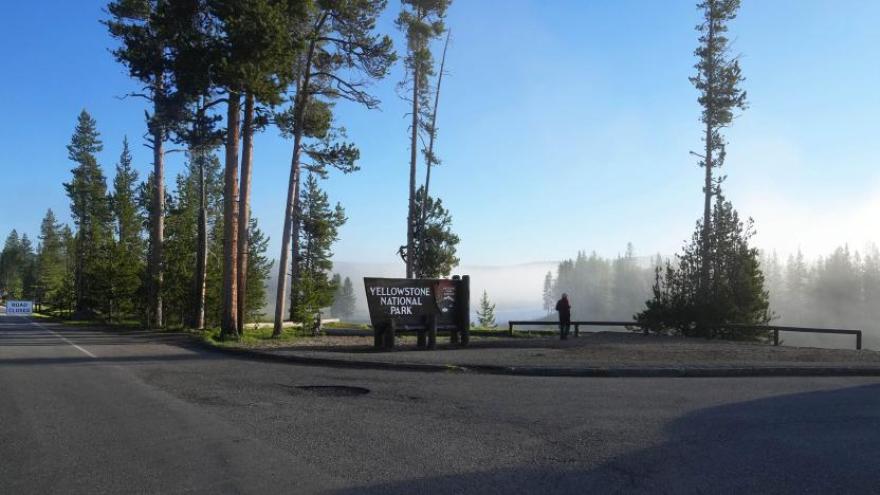 (CNN) -- A woman visiting the Yellowstone National Park was gored by a bison, the second incident of an animal injuring a park visitor this week, according to the National Park Service (NPS).

Yellowstone National Park said on Thursday that a Pennsylvania woman, 71, was gored by a bull bison on Wednesday, just one day after another visitor was injured by a bison at the park. The attack on the woman was the third reported incident this year of a visitor getting too close to a bison and the animal responding to the perceived threat by goring the person, the park service said.

The woman and her daughter inadvertently approached the bison as they were returning to their vehicle at the trailhead, causing the animal to charge, according to a release from the park's superintendent.

The woman sustained non-life-threatening injuries and was transported to a Wyoming hospital, according to the release.

The park notes that bison have injured more people in Yellowstone than any other animal. The NPS said bison are unpredictable and can run three times faster than humans. The park service pleaded with visitors to stay at least 25 yards away from large animals.

Another attack occurred just one day earlier on Monday when a 34-year-old Colorado man was gored by a bison at the park after walking with his family on a boardwalk near the Giant Geyser at Old Faithful. When family members did not leave their area, the bull bison "continued to charge and gored" the man, causing injury to his arm, park officials said. The man was taken to a hospital, and the incident is under investigation.

A 25-year-old Ohio woman was also gored by a bull at the end of May, the first reported incident this year. The woman suffered a puncture wound and other injuries after she approached a bison near a boardwalk at Black Sand Basin, according to a previous news release.

She was tossed 10 feet into the air by a bison after she came within 10 feet of the animal, park officials said. Two other people were also within 25 feet of the same bison, they added.