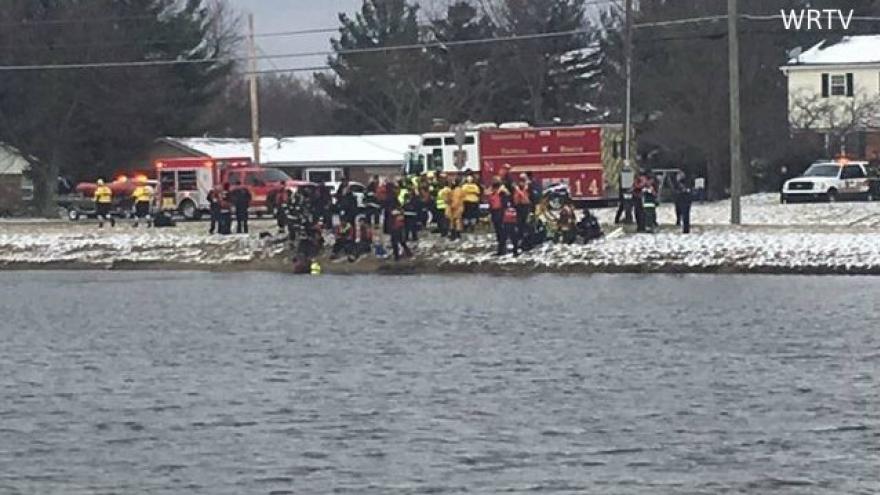 Indianapolis, Indiana (WRTV) -- Rescue crews have pulled a woman out of a retention pond after her car went into the water on Indy's southeast side Thursday morning.

The crash happened after 10 a.m. at the intersection of Thompson Road and Five Points Road. The vehicle lost control in a nearby roundabout, hit a telephone pole and continued into the pond.

Indianapolis Fire Department Battalion Chief Rita Reith said the woman was slumped over the wheel when she entered the roundabout traveling westbound on Thompson Road.

An eye witness called for help and stayed on scene to pinpoint the location where the vehicle went into the water for rescue crews.

Reith said there was "no visibility" in the pond and when divers finally located the vehicle, it took longer to get the woman out because their tools to break the windows weren't working.

It's unknown if it was an issue with the tools or the type of windows on the vehicle.

The woman, who is only identified as being in her late 50s or early 60s, was in cardiac arrest when pulled from the pond and transported to the hospital. The woman was in the water for almost an hour.

Four divers assisted in the woman's recovery. The last two divers in from Greenwood were the ones who were able to pull her out.