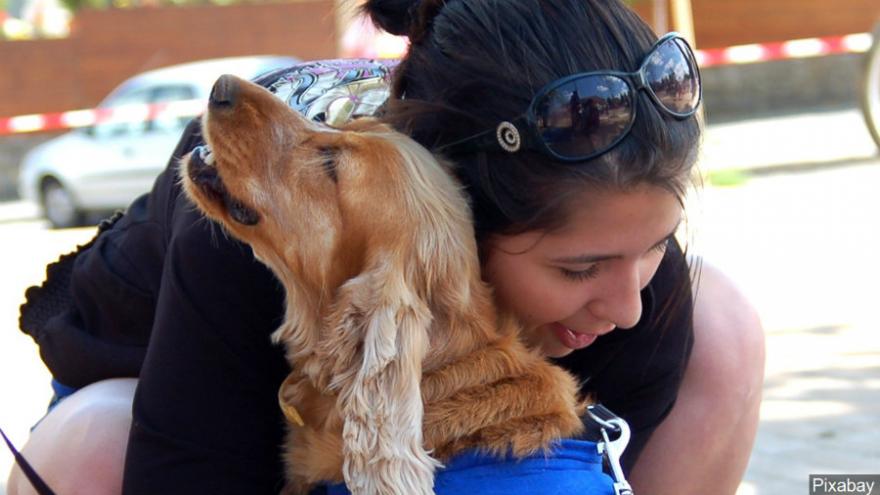 Canal Fulton, OH (WEWS) -- A Canal Fulton woman ended up stuck in a ditch for hours after falling down a ledge trying to catch her dog.

"He zipped right out! It was like a bullet out of a gun," Marlene Jacoby said. "I started through the woods and came across this rusty old fence."

Jacoby tried to get over the fence and ended up cutting herself. Then she rolled down a ravine and into a pile of rocks.

She laid there for hours.

But her little runaway, her dog Jake, got the help first when longtime Canal Fulton resident Claudia Stanich saw him running down the street.

"I really did not want to turn the dog loose. I just couldn't," Stanich said.

The company listed on Jake's tag said they'd only give an address to police, so Stanich said she put her plans on hold, drove to the Canal Fulton Police station and connected with Officer John Barabasch.

Once they got the address, Officer Barabasch drove with Stanich to the residence, and they were surprised to find the door open with no one home.

"With the wind it was hard to hear out here, but then we heard someone crying for help," Officer Barabasch said.

"And we look over to the woods and she's laying on her back flailing," Stanich said.

They said she was bleeding and covered in dirt.

"They came over and helped me up," Jacoby said.

Stanich and Officer Barabasch got her and Jake in the house and got her the help she needed.

"I hate to think what would have happened that day," Stanich said.

"Who would have thought that, hey I found a stray dog, would have led to someone injured and stuck laying in a ditch somewhere that nobody knew about. To be able to have the time, spend the time and just to have it work out that way, makes you feel pretty good," Officer Barabasch said.