Woman who allegedly broke a Capitol window with a battering ram will be released from jail pending trial, judge rules 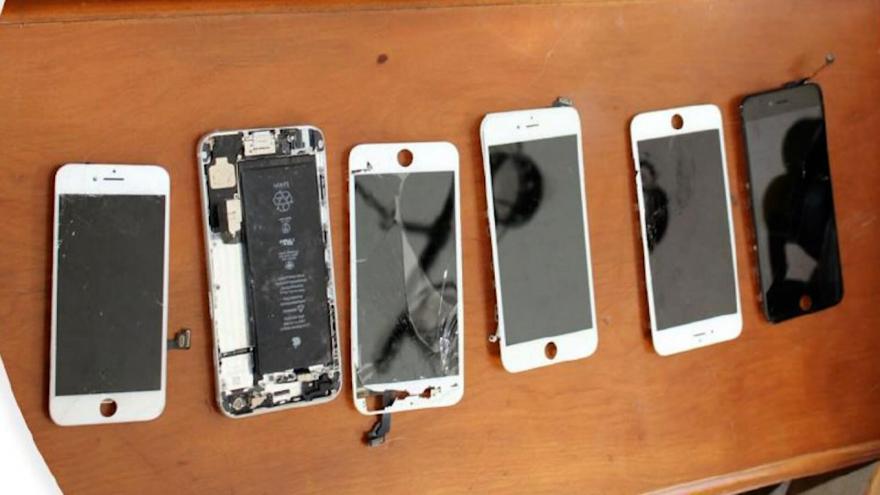 Federal prosecutors say FBI found smashed cell phones and "go bags" at the home of the woman who directed fellow Capitol rioters with a megaphone during the attack.

(CNN) -- Rachel Powell, the Pennsylvania mother of eight who allegedly broke a Capitol window with a battering ram during the January 6 riot, will be released from jail pending trial, DC Federal Chief Judge Beryl Howell decided on Thursday.

Howell's decision was in line with another judge's decision in Pennsylvania, but the Justice Department pushed for an appeal to try to keep Powell behind bars.

Still, Howell reprimanded Powell at a hearing Thursday for attention-seeking behavior, saying, "Even in the aftermath of this terrible day of January 6, in the wake of tragic deaths, hundreds of police officers injured, the defendant tried to garner even more attention to herself sitting down for an interview with the New Yorker ... This defendant has no apology, no remorse, no embarrassment."

Howell questioned the Department of Justice prosecutors about whether they were treating defendants arrested in the Capitol riot cases equally, pointing out that the DOJ agreed to allow two people associated with the Proud Boys, including one who was a leader, to be released pending trial.

"One could say everyone was dangerous. It was so unpatriotic it makes my skin crawl," Howell said, "But on the other hand ... what makes this defendant more dangerous than these other two defendant Proud Boys who have a lot more clear planning?"

At a court hearing Thursday afternoon, prosecutors showed video of Powell using a large pipe as a battering ram to break a Capitol window, giving instructions to other rioters on getting inside, as well as Powell pushing up against a police line.

Powell has been charged with obstruction, depredation of government property, entering a restricted building or grounds with a dangerous weapon, entering a restricted building or grounds, and violent entry or disorderly conduct. She admitted in the interview with the New Yorker that she was present at the riot, and used a megaphone to direct rioters trying to reenter the Capitol building.

With some factors weighing in favor of pretrial detention and others in favor of release, Howell remarked that the government "hasn't met its burden" of completely establishing that Powell poses such a danger to the community that there are no conditions of release, and therefore ordered her released pending trial.

With Howell's ruling, Powell will be confined to her residence with location-monitoring. If Powell is ever to leave her home, she will be required to wear a mask, the judge said.

Federal prosecutors said in an appeal filed Wednesday that when agents searched Powell's home, they found, "several smashed cell phones" in addition to "firearms paraphernalia." They also found what "law enforcement described as 'go bags' because they appeared to be prepacked for a forthcoming departure," the prosecutors said.

They submitted photos to the court, which were obtained by CNN affiliate WTAE, that showed what agents found inside the "go bags," including throwing knives and survival gear like tape, lighters and tarps.

Investigators also say they found what appear to be used shooting targets with messages written on them: "Guns don't kill people. I do."; "Better shot than my ex."; "Prayer is a good way to meet the lord but trespassing is faster!"

Powell's next court appearance has not yet been scheduled.