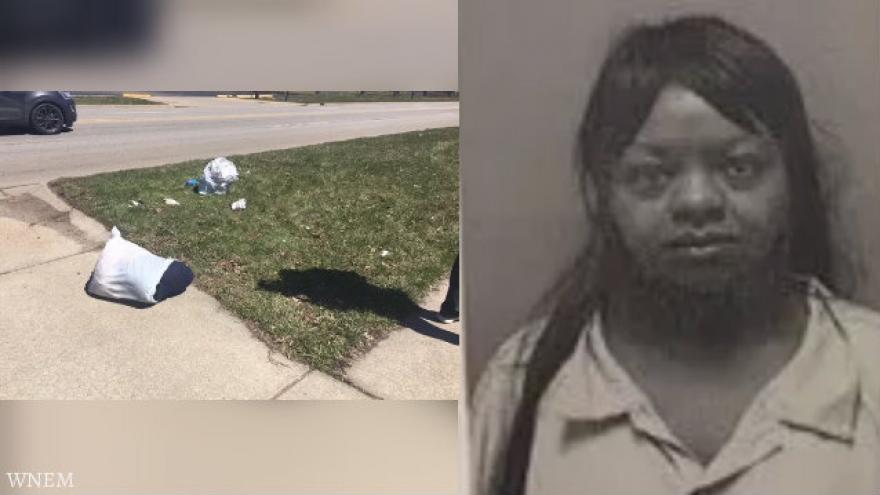 Flint, Mich. (WNEM) -- Authorities say a Mid-Michigan woman was arrested after she allegedly put two infant girls in a suitcase and left them by the road like garbage.

The City of Flint Police Department was called about 2 p.m. Wednesday, April 18 to the 500 block of W. Pierson Road to help Child Protective Services.

At the scene, police said a 26-year-old woman, now identified by prosecutors as Katrina Childress, placed items to the curb as if it were trash and fled from the home on foot. She was caught after a brief foot chase with officers.

When officers returned, they entered the house to check on the welfare of the children and found two of them to be missing.

Officers searched the area and found two infant girls inside a suitcase at the curbside, officials said.

The baby girls were taken to Hurley Medical Center where they are listed in good condition.