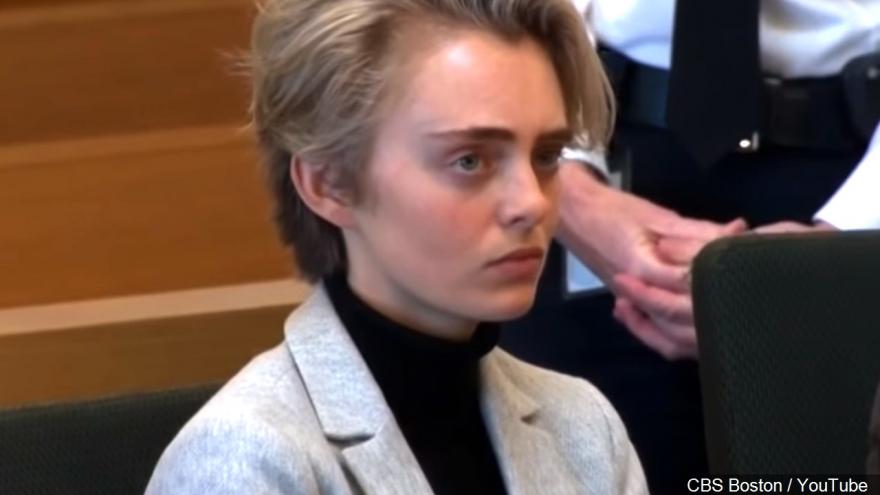 (CNN) -- Attorneys for Michelle Carter filed an appeal of her conviction with the United States Supreme Court Monday.

In the filing, Carter's attorneys urged the Supreme Court to consider, "the questions whether Carter's conviction for involuntary manslaughter violated the U.S. Constitution."

Carter was found guilty in 2017 and sentenced to 15 months in a Massachusetts jail for her part in the death of her boyfriend, 18-year-old Conrad Roy III, who killed himself in his car in Fairhaven, Massachusetts in 2014.

After his death, investigators discovered Roy had texted Carter as he contemplated and attempted suicide, with her encouraging him to do it when he had doubts.

"I thought you wanted to do this. The time is right and you're ready, you just need to do it! You can't keep living this way," one of dozens of texts from Carter to Roy reads.

Her attorneys argued in Monday's filing that her freedom of speech may have been violated and should be protected under the constitution.

"Michelle Carter did not cause Conrad Roy's tragic death and should not be held criminally responsible for his suicide," said attorney Daniel Marx of Fick & Marx LLP. "This petition focuses on just two of the many flaws in the case against her that raise important federal constitutional issues for the U.S. Supreme Court to decide."

"As Justice Gorsuch ruled in a recent case, 'A vague law is no law at all,'" added Marx's partner, William Fick. "Ms. Carter's conviction should not stand."