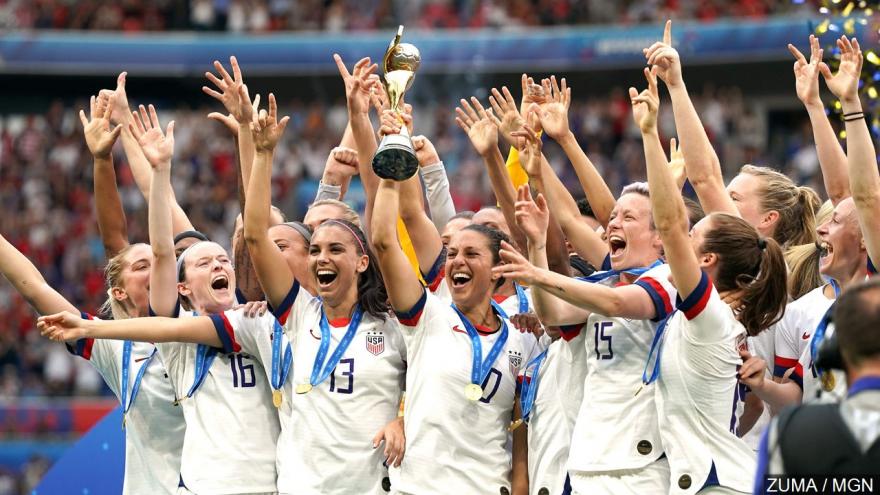 LOS ANGELES (AP) — The celebration was cut short for a member of the World Cup champion U.S. women's soccer team after she discovered someone had burglarized her hotel room in Los Angeles.

Allie Long tweeted on Thursday it happened after the team was honored at The ESPYS on Wednesday night.

Long wrote "someone stole my wedding ring, cash and the key to my favorite city." She's referring to the symbolic key that New York City Mayor Bill de Blasio gave the players following a ticker-tape parade on Tuesday.

In the post, she asked de Blasio if they make copies because she "would love a new one."

KABC-TV reports the LAPD is reviewing video from the hotel where Long was staying.