World Series attendees take break to stand up to cancer 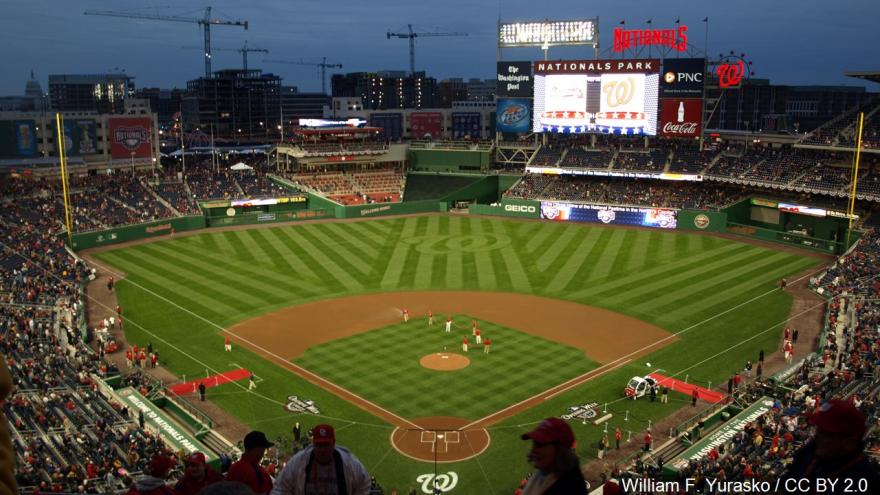 (CNN) -- For a moment Saturday during the World Series, the Houston Astros, the Washington Nationals and their fans were united at Nationals Park.

During the sixth inning of Game 4, fans and players stood for roughly a minute holding placards that read "I stand up for" with the name of a person, family or group of people affected by cancer written in the blank space.

Some folks held up one placard, others held up two and even three.

On his placard, Astros manager A.J. Hinch wrote the name of Cameron Gooch and his family. Cameron was a 10-year-old Astros fan who died of cancer last year. Through the Make-A-Wish Foundation, Cameron became an Astros player for a day, met the team, and Hinch later paid a special visit to his fourth-grade class.

"The Gooch family has been on my and [my] family's mind for a long time," Hinch told MLB.com. "My wife just talked to them the other day. It's at the forefront of our thoughts and prayers as this Astros season means a lot to fans, we always need to remember. Cameron was a great young kid, a diehard Astros fan and made an impact in my life and my family's life. Even though he's gone, I wanted to make sure he was remembered fondly in a big moment."

The moment was part of a larger initiative known as Stand Up To Cancer (SU2C), which was created to improve cancer research, according to Major League Baseball's website. The partnership between the league and the initiative began in 2009 when the MLB donated more than $40 million to SU2C.

Since then, the league has participated in awareness campaigns like the moment of silence during the World Series that's held every year between the fifth and sixth innings of Game 4.

A 15-month-old was reported missing this week, two months after she was last seen