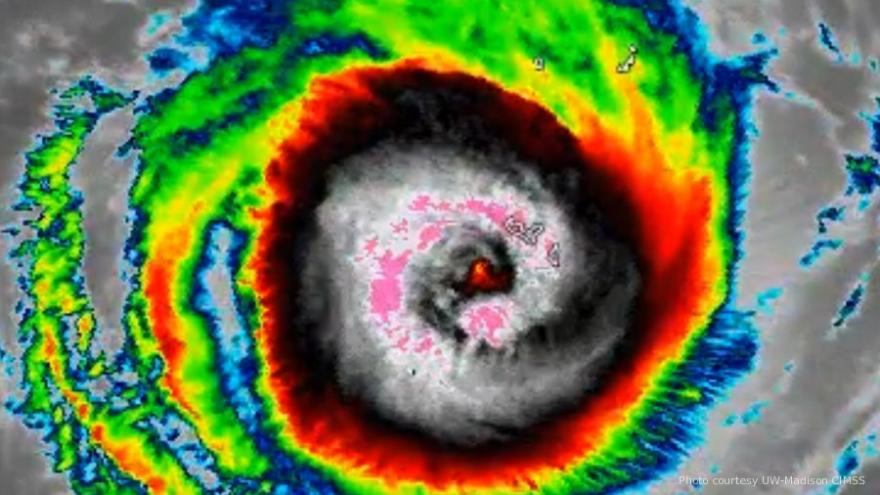 The storm, which at its peak brought winds of up to 230 kilometers per hour (kph) with gusts upwards of 280 kph, first made landfall around 8 p.m. Monday, reaching the main island of Tongatapu between 11 p.m and 2 a.m. local time.

Images posted to social media show extensive property damage throughout the capital Nuku'alofa, including to the country's Parliament House.

According to the British Met office, Gita is the worst cyclone to pass close to Tonga's main islands in 60 years. The storm was far stronger than forecasters predicted, despite not reaching reaching category five status.

Reports of injuries remain unclear, due to the difficulty in accessing parts of the archipelago. An estimated 110,000 people live in Tonga, with the majority based on the main island of Tongatapu.

According to Tonga Police spokesperson Sia Adams, as of Tuesday morning, emergency services in Tongatapu were dealing with three confirmed major injuries and 30 minor injuries. One 72-year-old man died of a heart attack, though it was unclear if it related to the storm.

Adams said efforts were now underway to restore power throughout Tongatapu, which remained in darkness, with the city's hospital being the "first priority."

Emergency response teams made up of combined units from the country's police, armed forces and the national emergency management office were dispatched Tuesday morning to help clear roads and rescue those left stranded.

On Tuesday, the New Zealand government dispatched 12 tonnes of aid supplies and a 10-member team to Tonga to assess the damage wrought by the storm.

In a press statement, Air Commodore Kevin McEvoy, the Acting Commander of Joint Forces New Zealand, said the the military was working with the Ministry of Foreign Affairs and Trade to get "aid supplies to Tonga as soon as possible and stand ready to provide further assistance as required."

An Orion aircraft had also been dispatched to conduct an aerial survey of the islands.

"The aerial survey will help assess the scale of the damage wrought by the cyclone and help Tongan authorities determine the next steps in their emergency response," said McEvoy.

He said the survey would focus on Tongatapu and the neighboring island of Eua, and help Tongan authorities "identify worst-hit areas and mobilize resources where they are most needed."

The storm is currently 590 kilometers (367 miles) south east of Suva, Fiji. The storm is moving to the west at 28 kph and is forecast to continue, before turning southwest and diminishing in strength.