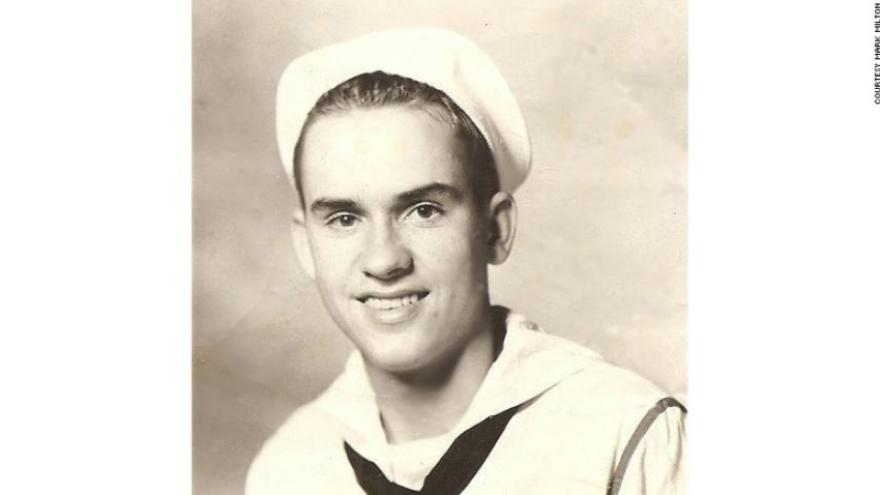 TOLEDO, Ohio (AP) — Like so many American soldiers returning home from World War II, Bob Barger started working a new job and going to college. Once he settled into his career and raising a family, finishing school was no longer a priority.

Now, 68 years since he last sat in a classroom, Barger is set to graduate from the University of Toledo this week after a review of his transcripts from the late 1940s showed he completed enough courses to qualify for an associate's degree — a two-year diploma not offered when he was still in school.

"It was something I never dreamed of," the 96-year-old Barger said. "I knew I couldn't go back to school now.

"I'm going to be proud to hang that diploma on the wall and think about the friends behind it," he said. "I found out without friends, this old world wouldn't be worth living in."

The university took a look at Barger's old school records because of a friendship he struck up with Haraz Ghanbari, the school's director of military and veteran affairs.

They met five years ago when Ghanbari, a Navy Reserve officer, asked Barger to officiate his promotion to lieutenant.

Ghanbari later found out that Barger never graduated from the university, even though he took a full load of classes from 1947 to 1950.

"We actually had to go into the archives to find his transcripts," said Barbara Kopp Miller, dean of University College at Toledo.

The records showed Barger completed 83 credit hours — about 20 more than what's required for the associate's degree that he'll receive on Saturday. University officials say they don't know of anyone older ever graduating from the school.

"It's the right thing to do. He deserved. He earned it," Kopp Miller said. "It's so cool to honor a member of our greatest generation."

Barger was a pilot in the Navy, enlisting after seeing an advertisement that said "join the Navy and get an education."

He flew seaplanes for scout observation over the Gulf of Mexico and was a flight instructor at a base in Corpus Christi, Texas. He later was stationed in Norman, Oklahoma, after the war and planned on a career in the Navy until an explosion in a bunk house. He wasn't hurt, but carrying out the bloodied men changed his mind about staying in the military.

Barger returned home with his wife and young daughter and studied business and advertising while working for a paper company. He remembers history was his favorite class at what was then called Toledo University.

He never gave much thought about not graduating until just recently. When he was told in January that he would finally get a degree, he let out a hearty laugh. "I can't believe this. I'm 96 years old," said Barger, whose wife died in 2011.

Members of the university's Student Veterans of America chapter bought him a cap and gown that he tried on last week. "I fit. I guess I look pretty good in it," he said.

The assisted living center where he lives is planning a big graduation party for over 100 people. Barger stocked up on a dozen bottles of vodka, whiskey and scotch.

He jokes that he now wants to find "a cushy job where I can play golf."