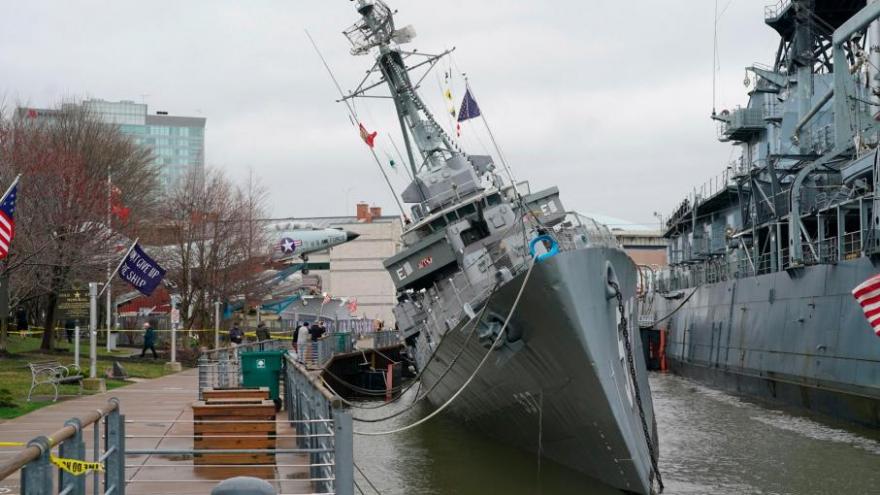 USS The Sullivans is tilting to one side after taking on water.

(CNN) -- A WWII-era naval destroyer, an exhibit at the Buffalo and Erie County Naval & Military Park, is partially sinking into Lake Erie, according to the facility.

A statement from the park says, "a serious hull breach" occurred Wednesday in the USS The Sullivans.

Paul Marzello, the naval park's president and CEO, told CNN affiliate WKBW that the cause of the breach is under investigation, and crews both in the water and on the deck are attempting to identify where the holes might be.

According to Marzello, the ship will not sink entirely as the lake is only about five feet deep.

The breach is on the starboard side of the ship, according to Marzello.